Argentina V. Iceland 1-1; Aguero Scoring For Argentina And Finnbogason For Iceland With A Penalty Miss From Messi 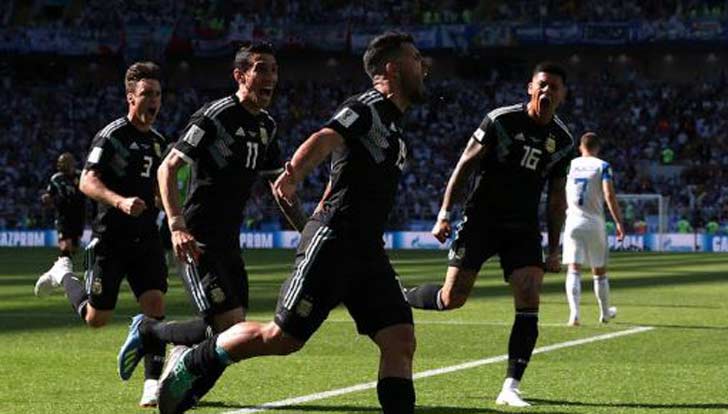 The first half of Argentina V. Iceland started slowly for Iceland as Argentina had more possession of the ball. As the game progressed Iceland gradually picked up the pace creating few opportunities to score.

But facing one of the world's greatest team, Iceland couldn't hold their lines as Sergio Aguero pounded the first goal for his side in the 19th minute. It is his first World Cup goal assisted by Marcos Rojo. 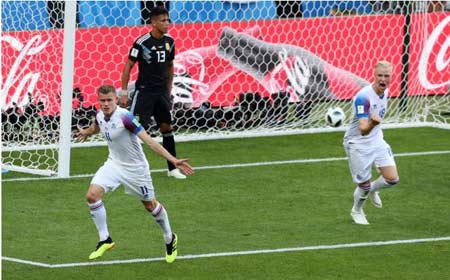 Iceland didn't hold back after conceding a goal and made a come back shortly after in the 23rd minute with a goal from Alfreð Finnbogason. It is the first goal for Finnbogason in the World Cup and also for Iceland as this is their first time qualifying for the World Cup.

Coming in after the half, Iceland seemed more confident as the game hung in balance. Their passing improved and also got a few opportunities to take the lead.

In the 64th minute, Messi was taken down inside the D area as he tried to head the ball into the goal post getting a penalty. However, he couldn't convert the opportunity to take the lead for his side. Halldorsson saves his team from conceding a goal diving on the left side. 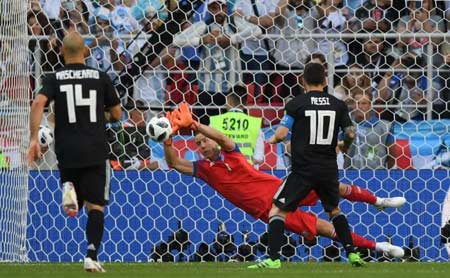 The Maestro Lionel Messi ended the game goalless. He was not able to show his magic in this game as Iceland's defender didn't give him any space to get a clear shot at the goal, however, he did manage to create a few chances at the end of the match.