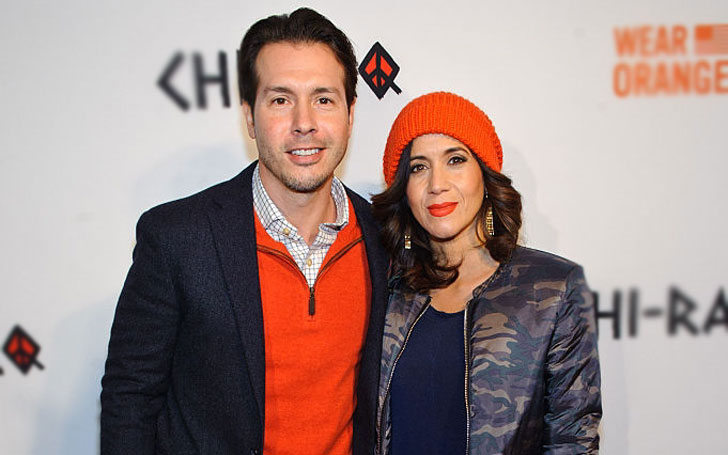 Good news for Chicago Justice fans! Detective Antonio Dawson is back again in the NBC cop series. Actor Jon Seda who plays Detective Antonio's character in the series will reappear in the next season of Chicago P.D.

Jon Seda has scored millions of fans in the course of his acting career, and all his curious fans are interested in knowing more about his personal life. For all those fans, Jon Seda is married to his wife Lisa Gomez since 2000.

So, are Jon Seda and Lisa Gomez happy in their marriage?  Do they have any children? Let's learn more about Jon Seda's personal and professional life here.

American actor Jon Seda who is best known for his performance as Det. Paul Falsone on Homicide: Life on the Street is happily married to his wife Lisa Gomez for 19 years now.

Forty-eight years old actor and his long-term partner Lisa Gomez exchanged vows on July 4, 2000, in a private wedding ceremony. Since then the couple has been inseparable.

Seda and Gomez are quite a sociable couple. They frequently make public appearances and are spotted at different parties and events. The couple attended the 140th Kentucky Derby at Churchill Downs on May 3, 2014, and the "Treme" New York Premiere at The Museum of Modern Art on April 21, 2011.

From premieres to sharing kissing on Instagram, the couple is still so in love and so together!

Jon Seda is pretty active on social media.  On his recent Instagram post, the actor shared a cute picture of his daughter and himself where he appeared kissing her daughter's hand on the occasion of her 16th birthday. Jon Seda is definitely a proud father. Isn't he?

Seda also shares a healthy relationship with his mother who he includes in many of his Instagram posts.

How Many Do They Have Kids?

The couple is blessed with four children; Haley Seda, Madison Seda, Jonathan Seda, and Jessica Seda Pinto. The couple welcomed their first child a son named Jonathan even before their marriage in 1994. It seems that the two started dating in the early 1990s, though the couple never disclosed how it all started.

Currently, the actor resides in Chicago, Illinois along with his wife and his children.

Jon Seda was not so passionate about acting in the beginning. In fact, during an early age, he wanted to pursue a career in boxing. However, his career took a definite turn after he was cast in the debut movie Gladiator in 1992.

After Gladiator, Seda did different movies and television dramas. He rose to fame after his movie Selena opposite Jennifer Lopez in 1997. Seda received critical acclaim after the movie I Like It Like That in 1994.

Also read: Is Singer Jennifer Lopez in a secret relationship with actor Casper Smart; or is that a rumor?

He is currently busy on his upcoming project Canal Street starring Jon Seda alongside Clayne Crawford, Lance Reddick, and other celebrities.