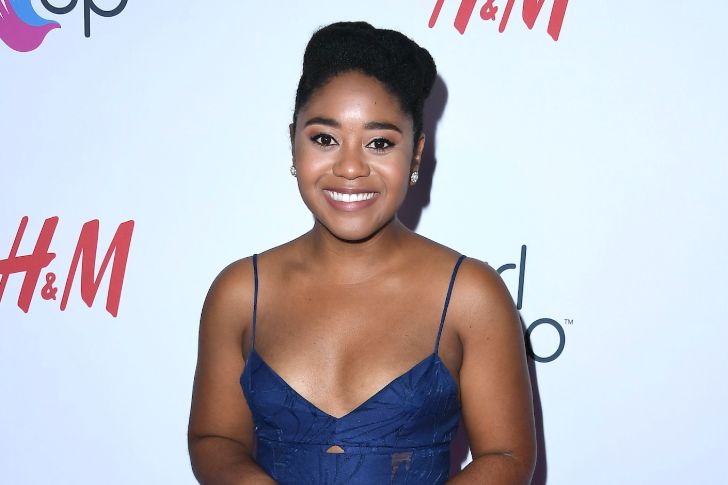 Famous for portraying Fareeda in the Netflix movie Tall Girl (2019), Anejlika Washington is an American actress professional since 2014. Starting through short films, Anjelika climbed to success with main roles in the TV series Girls Room (2020) and as Beth Chapel / Doctor Mid-Nite in Stargirl (2020).

When Is Anjelika Washington's Brithday?

Born and raised in 1998 in Bakersfield, California, the USA, Anjelika's birthday falls on May 15. As of September 2020, Washington is 22 years old and has a height of 4 ft. 11 inches. Her birth sign is Taurus.

Since the high school days, Washington was fond of acting ane joined theatre cla s ses at the age of 15. She is an American by nationality and is of black ethnicity.

Big Break In Acting With 'TallGirl'

After 5 years in the acting industry, Anjelika Washington made her career breakthrough playing Fareeda in the Netflix film Tall Girl (2018) starring Ava Michelle, Griffin Gluck and Sabrina Carpenter. It did earn her accalim along with main roles in the TV series: Girls Room (2020) and Stargirl (2020).

In the DC Universe Superhero-based TV series Stargirl, Washington portrayed Beth Chapel / Doctor Mid-Nite alongside Meg DeLacy, Brec Ba s singer,  Yvette Monreal and Cameron Gellman. The first season with 13 episodes premiered on May 18, 2020, while the second season is set to air in 2021. 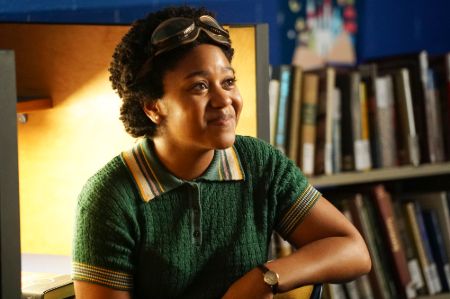 Turned professional in 2014, Anjelika Washington on-screen acting debut was in the short films Within the Cave and The Cla s sroom, along with the TV series Dating Pains. Following works in Domme (2015) and If You Could Only Be You (2015), in she earned 6 acting credits in TV roles:

In 2018, Washington worked in the TV series Young Sheldon and We're Not Friends, that followed her brief appearnace in an episode of Those Who Can't (2019). Her most recent work includes the PG-13 film Moxie and romance-drama Max and Me (2020) released on September 29, 2020, totaling 22 acting credits so far & counting.

The California-born actress is never married or made highlights of her dating stories with boyfriend. Currenlty, no reports of Anjelika's confirmed relationship is out. She is allegedly single as of 2020.

Despite being an active social media user such as Instagram (@anjelikaw) and Twitter (@AnjelikaW), Anjelika Washington prefers to keep it away from personal life, rather posts about her projects and volunteer works, She supports Children’s Hospital of L.A.

As per onlines sources, Anjelika Washington has a net worth of $100,000 as of 2020. Her major source of income is acting & gathered a notbale sum through works in Tall Girl and Stargirl. On average, in the United States, an actor has a salary of $57,000 per year.