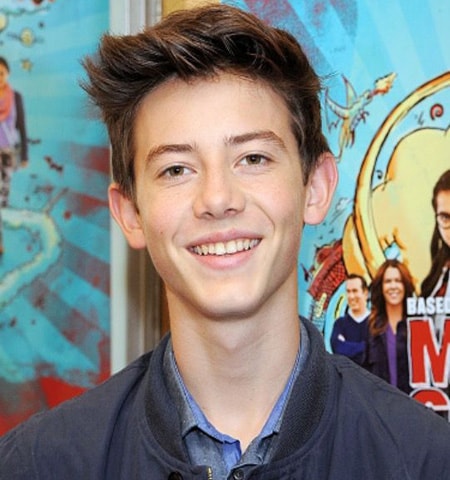 Griffin Gluck is an American actor, who rose to stardom for his role as Charlie in Red Band Society and as Mason Warner on Private Practice. Gluck is also famous for his role of Danny Gannon in Black in the Game. He also gained a wide range of fame for his role in the Netflix mockumentary series American Vandal.

Griffin Gluck was born as Griffin Alexander Gluck to father Celin Gluck and mother Karin Beck on 24th August 2000. Gluck was born and raised in Los Angeles, California. His father Celin is a film director and producer, and his mother was a production a s sistant and line producer.

Griffin's father was born in Japan to American parents and spent a little time of his early childhood in Kobe, Japan. Griffin's paternal grandparent was of Japanese descent. He has an older sister, Carolina Paris Gluck. Griffin holds American nationality.

Griffin Gluck started his acting career in 2009 when he was only nine years old. Then, he played the role of a Pharmacy Boy in a movie Sideways aka Saidoweizu. A year later, Gluck also debuted on television, working as Half Bred in the episode WUPHF.com of The Office.

In the following years, Gluck received several offers from the film as well as television directors. His other film credits include Just Before I Go, Why Him? and Big Time Adolescence. 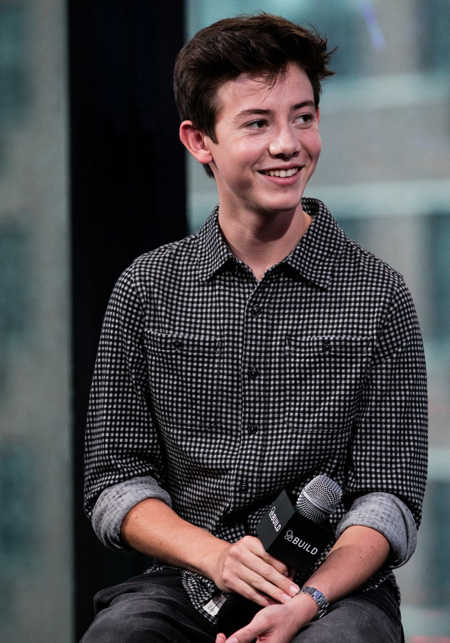 Gluck worked as a voice actor in the 2015 movie Batman vs. Robin in which, he voiced Young Bruce Wayne. He has portrayed the role of Kevin in 2019 movie Dinner in America.

The 19-year-old actor landed his most prominent role in 2011 when he was cast as Mason Warner in a TV series Private Space. He appeared in a total of 32 episodes of the series during two seasons. He worked with the actors Kate Walsh, Tim Daly, Paul Adelstein, Chris Lowell and others.

His other famous television roles include the role of Charlie in Red Band Society and as Sam Ecklund in the Jimmy Tatro and Tyler Alvarez starrer American Vandal.

Details about Griffin Gluck's net worth and income is pretty little in the media. Still, some online sources have estimated his net worth to be around $2 million. His acting career is the primary source of his income.

Gluck has played in numerous hit films and television series that earned an impressive amount of money at the Box Office. The 2016 movie Middle School: The Worst Year of My Life, in which he played a lead role earned an astounding $23.3 million at the Box Office.

Actor Gluck is not married yet, however, he is in a committed relationship with Charlotte Samuels. His girlfriend Samuels is a marathon swimmer. It is not clear when the couple started dating, however, they are committed to each other and spend lots of quality time with each other. 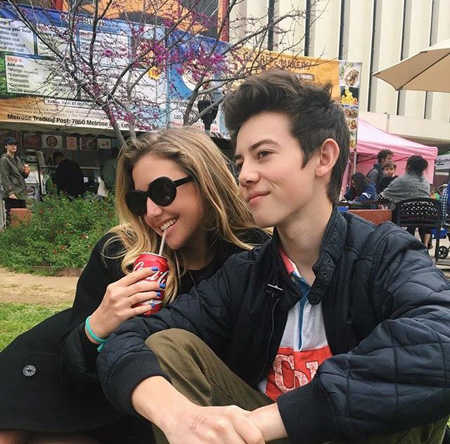 Actor Griffin Gluck and his girlfriend in Disneyland SOURCE: Pinterest