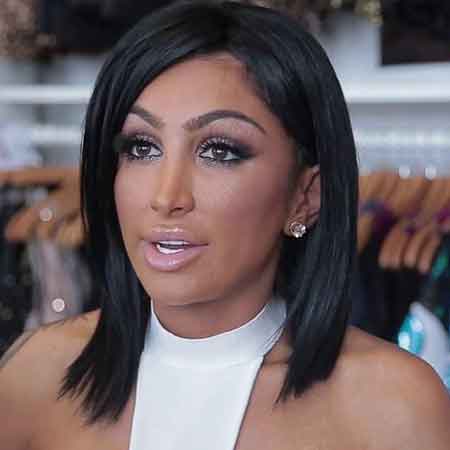 The smart lady Angel Brinks knows how to turn stone into a weapon as she has turned every obstacle of her life into opportunities. From her low profile early life, the fashion designer Brinks has now become a sensational star who is a source of inspiration for many women. Brinks' designs have been worn by popular celebrities including Blac Chyna, Lil' Kim, Amber Rose, and others. Except for her identity as a fashion designer, she is known for her love affair to the basketballer Tyreke Evans. From the relationship, the two are parents to their daughter named Amani.

Angel Brinks was born on 19 October 1982 in Los Angeles, California. According to her zodiac sign Libra, she is very kind and gentle. There is no information about her family, parents, and siblings. As per the sources, she comes from the mixed ethnic background of Armenian and Italian.

Brinks was engaged in the ballet dance at the age of 3. She was interested in fashion and accessories from her early age.

Angel Brinks appeared on the reality television series Basketball Wives following her relationship to the NBA  player Tyreke Evans. She gained wide popularity from her appearance in the show.

Brinks later began her career in the fashion industry in the year 2010 by launching her own clothing line named Angel Brink Fashion. Since she was highly interested in the fashion, she did an amazing job in the fashion world shortly after her joining and become one good option for celebrities. 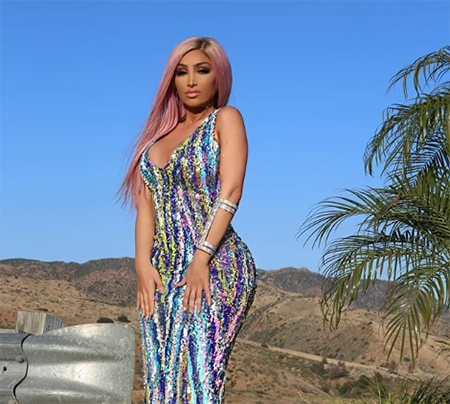 Angel Brink Fashion is known for the very blingy and sexy clothing items. Her unique and stylish clothing items were worn by some popular Hollywood stars like Blac Chyna, Lil Kim, Amber Rose, Ashanti, and others. For her incredible fashion sense, she is able to attract the attention of people at her fashion house.

Angel's design collection has been shown at the New York Fashion Week in 2012. Along with her trendy designs for women, she also has a kids line. She actively promotes her designs on her personal Instagram account of over 1.2 million followers as of September 2018.

Angel also has an Insta account for her clothing line Angel Brinks Fashion which has a fan following of more than 245K.

Be as extra as you want to be, never let anyone dull your fabulousness @angelbrinksfashions

From her success, the fashion designer proved herself as a strong and independent lady who eventually made her dream come true. The former reality star is focused on her flourishing profession career.

As per some reports, Brinks previously worked as an escort at Los Angeles. There she met her husband who used to work as a pimp for her.

Angel Brinks is single and is not dating anyone as of September 2018. Brinks was a married woman. She met her husband while she was working as an escort at Los Angeles. As per sources, her husband committed suicide when she was 9 months' heavily pregnant. She later gave birth to her son Azari.

Brinks famously dated the basketball player Tyreke Evans. From the relationship, she and her longtime boyfriend Tyreke share a cute daughter named Amani Evans. But Brinks and Evans' affair didn't last long and they parted their ways.

Aside from creative fashion designer, the former reality star is an amazing mother to her daughter Amani and son Azari. She is seen posting plenty of pictures of her children on her Instagram account.