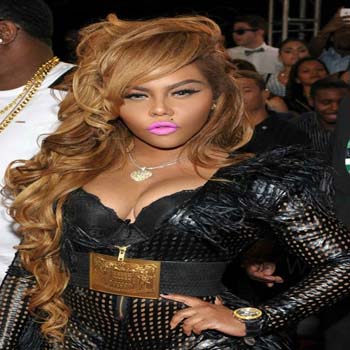 Grammy Award-winning American rapper and actress, Kimberly Denise Jones aka Lil Kim, is well recognized for her songs like No Time and Crush on You. She has also appeared in numerous films and TV shows.

Denise is considered as one of the most influential female rappers of all time, often referred to as the Queen of rap. She is a former member of the hip-hop group Junior M.A.F.I.A.

Jones has appeared in several movies and television shows including Gang of Roses, Lil’ Pump and Boulevard of Broken Dreams.

Her parents, Ruby Mae Jones and Linwood Jones, both hailed from Trinidad. She has an elder brother, Cristopher Jones. During her childhood, she went to a reputed Catholic school- Queen of All Saints in Brooklyn. When she was eight, her parents separated and she started living with her father.

He, however, kicked her from his home and she dropped her high school and started living out on the streets.

During her teenage, she was inspired by The Lady of Rage and singer or actress Diana Ross and MC Lyte.  She later attended Sarah J Hale Vocational High School for two and a half years.

When Jones was 17, she met rapper Christopher Wallace aka The Notorious Big. She then completed her education from the Brooklyn College Academy after transferring from the J. Hale Vocational High School. After that, Wallace formed a hip-hop group Junior M.A.F.I.A. along with few hip-hop stars to helped to launch the career of Jones. 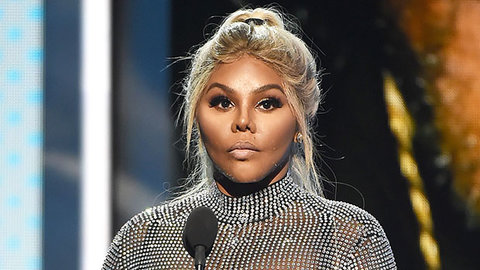 In 1995, the Junior M.A.F.I.A released a debut album, Conspiracy. It debuted at number eight on the U.S. Billboard 200 chart by selling 69K copies in the first week. The album also certified a gold album by RIA with popular singles Player’s Anthem, I Need You Tonight and Get Monkey.

After getting success with the first album, Conspiracy, she started working for her solo album Hard Core. Jones released her album in late 1995 which went at number 11 on the Billboard 200, the highest debut for a female rap album at that time.

From The Notorious K.I.M. to The Naked Truth

After success with a debut album, she collaboratively worked with other R&B artists like Missy Elliot, Angie Martinez and Da Brat. She released several mixtapes with them before releasing her second album in 2000.

Her next album was La Bella Mafia which was released in March 2003. This album was also a Platinum certified by RIIA. It sold 2.2 million copied throughout the world.

In 2005, Jones released her fourth album, The Naked Truth, which was sold 2.7 million copies worldwide.

The only junior M.A.F.I.A. has been constantly criticized due to her music, styles etc. In 2001 she worked with Phil Collins on a re-recording of his classic song In the Air Tonight.The Naked Truth album considered to be as Classic. Another album Vintage is going to be hit in the market too. She is 2008 has released a single song Chillin Tonight.

In 1997, Jones has appeared in several television and movies. In 1997, she made her film debut from a feature film the Gangstresses. In 1999, she appeared in a film She’s All That starring Freddie Prinze Jr., Rachael Leigh Cook and Paul Walker.

Since then, she has appeared in numerous films like Superhero Movie, Lil’ Pump and You Got Served.

Jones has also appeared in various television series like V.I.P., The Apprentice, The Game and Dancing with the Stars.

In 2016, she performed with P. Diddy, The Lox and Jadakiss in an episode of The Today Show.

Jones’ net worth is $18 million as of 2018. She has amassed a hefty amount of net worth from her singing and acting career. In 1996, she earned $2.6 million revenue from her debut album Hardcore. In 2004, she made $4.75 million from her second album The Notorious K.I.M. 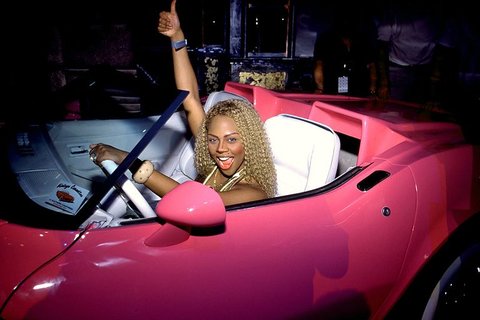 Her third album collected $3.5 million in 2003. Her fourth studio album, The Naked Truth, collected $1.12 million by selling 1 million copies. Besides, she has also earned a huge amount from her tours, commercials, television and films.

Jones began dating Shawn Powell during her teenage days. They met at the Empire Roller Skating rink in Brooklyn. After a couple of months dating together, Powell was arrested for robbery and he was sentenced to eight and a half years in prison.

The pair also engaged to each other sometimes. But, she canceled her engagement with him after meeting rapper Christopher Wallace. Then, the couple lived together for almost three years before his death in 1997. 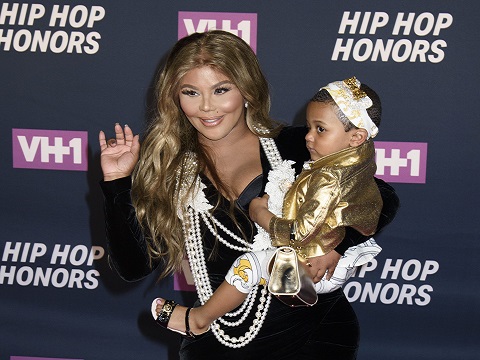 CAPTION: Lil' Kim with her daughter SOURCE: All Hiphop

In 2012-2013, she started dating Mr. Papers. She welcomed her baby girl named Royal Reign with him.

During her struggling time, she met Christopher Wallace and became an important person in her personal and professional life.

When Kim was 19 years old she worked with B.I.G who was promoting the Brooklyn-based group. It was announced that she got pregnant for the first time in 2014.