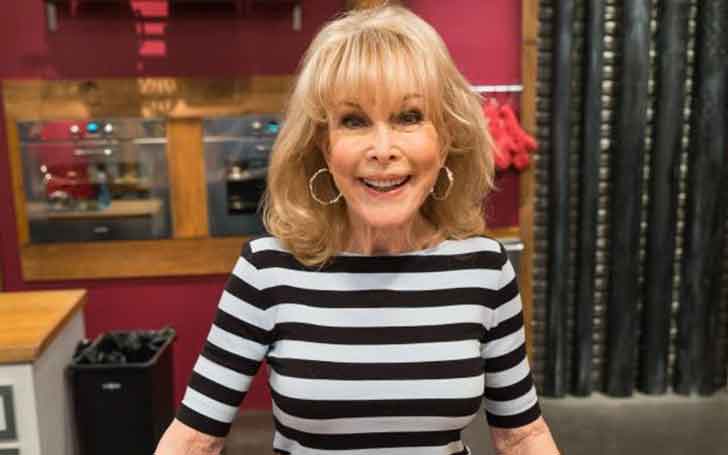 The prominent Hollywood actress Barbara Eden faced few failed relationships before settling down with her soulmate. Eden finally found the one to spend the rest of the life with when she met the real estate developer Jon Eicholtz.

The acclaimed actress found the right one after a string of failed marriage, how is her love life with her husband Jon Eicholtz? Let's unfold their romantic relationship.

I Dream of Jeannie actress Barbara Eden is married to her real estate developer husband Jon Eicholtz for a long time now. The two tied the knot on the 5th of January 1991. The couple held their wedding ceremony at the Benedict Canyon area of Beverly Hills. Their wedding ceremony was an intimate one with the presence of their family and friends. Since their big day, the couple is enjoying a joyous life.

Being one of the most enduring Hollywood actresses, Barbara is leading a private married life. Despite their low-key love life, we can say that Barbara and Jon are a soulmate couple. Seems the actress doesn't wish to publicize her married life with her husband of over two decades. 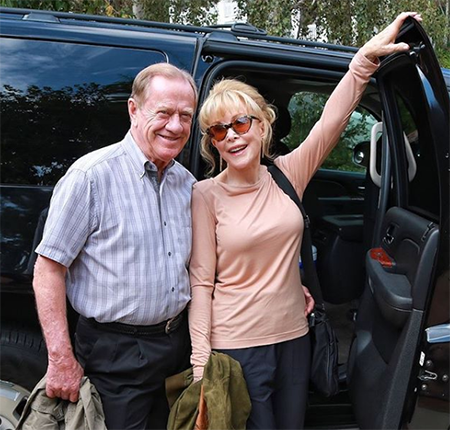 For their marriage of more than 29 years, Eden and Eicholtz have been there for one another in their highs and lows. However, the duo hasn't shared the particular secret for their lasting wedded life. As they always stand by one another's side, that might be the key to their happy and healthy conjugal life.

The celebrity couple frequently seen enjoying their togetherness on several occasions. In 2017, Barbara and Jon went to the exotic vacation in Nairobi Africa where the lovebirds did the adventurous African Safari. The couple knows how to keep their spirit alive in their relationship. Even in their 80s, the pair is giving some serious relationship goals to their fans.

Currently, the pair resides in their luxurious house in Beverly Hills, California. Both of them is yet to retire, and are working in their respective field. Despite their decade-long marriage journey, the two yet to have any child.

Life wasn't always sunshine for the renowned Hollywood actress Barbara Eden cause she had gone through some failed relationship before finding the right one for her. Previously Eden was married to the American stage and voice actor Michael Ansara. The couple said 'I do' on the year 17 January 1958. The husband and wife also worked together in the science fiction disaster film Voyage to the Bottom of the Sea (1961).

Eden and Ansara were over the moon when they welcomed their first child Matthew Ansara in 1965. They were an adorable family after the arrival of their baby but fate has had something else in the two's way. Amid their well-off married life, something went wrong and the couple parted their ways. They divorced on 25 May 1974. 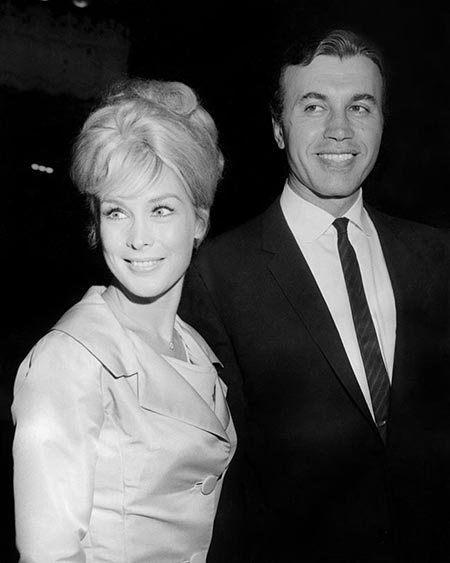 After her divorce with the actor, Eden walked down the aisle for the second time on the 3rd of September 1977 with Charles Fegert. But their marriage didn't last long as only after five years the two divorced in 1982. They don't share any child.

Matthew Ansara was the only child Barbara had but unfortunately, he died of the drug overdose. Following his parents divorced, Matthew went through mental broke down and took the help of drugs to deal with the situation.

At the age of 19, he became a serious drug addict and was in the way to come out of the addiction. But Amid the progression, Matthew died on 25 June 2001. Eden was left devasted after the death of her only child.

Who Is Barbara Eden?

Barbara Eden is one of the prominent faces in the acting field. She grabbed huge fame following her performance in the sitcom I Dream of Jeannie.

Not only fame, but the actress also has made an agreeable amount of money from her work in movies and TV shows. She has a net worth of $10 million as of 2020.