One Of The Highest Paid Actresses Of 60s And 70s Era, How Much Net Worth Barbara Eden Accumulated From Her Successful Career Spanning Over 6 Decades? 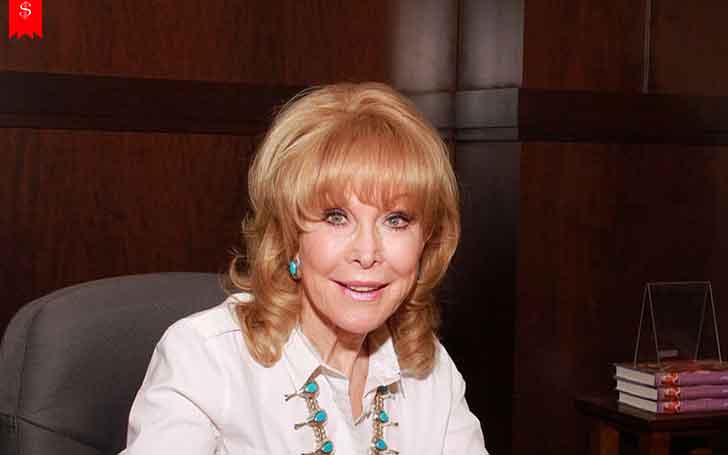 Barbara Eden is the most enduring actress of the Hollywood with her successful career spanning over 6 decades. Throughout her acting journey, she proved herself as the versatile and hardworking actress who never gave up regardless of the failure. For her incredible performance and contribution to the industry, she is honored with several honoraries.

Best known for her appearance in the fantasy sitcom I Dream of Jeannie, the actress earned an impressive amount of money from her career.  How much is her net worth?

Barbara Eden is the legendary actress of the Hollywood who is loved by many for her role of Jeannie in the fantasy sitcom I Dream of Jeannie. The talented actress starred on numerous television series and movies throughout her career spanning over 6 decades.

At the beginning of her career, Eden used to sing at a nightclub and eventually became a member of the Actor's Equity Association. However, she began her professional career in the television show The Jhonny Carson Show in 1956. Following the debut she also appeared on the television shows The West Point Story, Highway Patrol, I Love Lucy, The Millionaire, and many others. 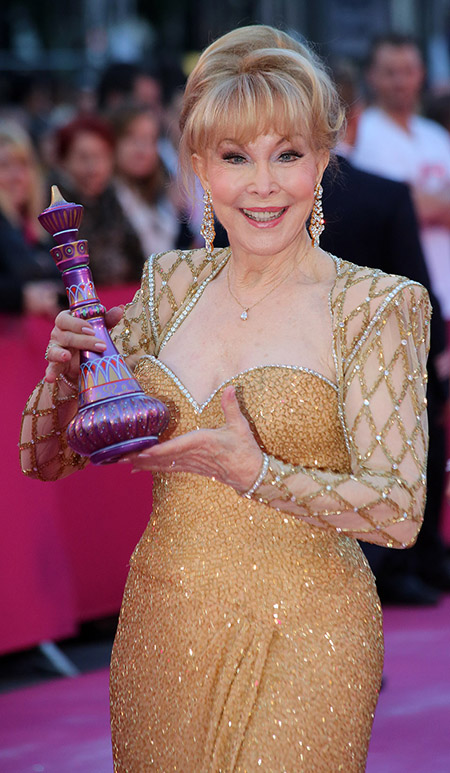 After doing the minor role in many television series, she signed a contract with the 20th Century FOX studios. From the studio, she appeared in a leading role in the comedy film Swingin' Along. She starred in a thriller film The Yellow Canary before leaving the studio.

In the year 1965, the actress was cast as Jeannie, a 2000 years old genie on the NBC fantasy sitcom I Dream of Jeannie. The producer of the show Sidney Sheldon chose Eden over others after her incredible performance in the fantasy comedy film The Brass Bottle. Eden portrayed the role of Jeannie until its last season in May 1970.

Following the success of the sitcom, she starred on 1974 film The Stranger Within. Then after she starred as Stella Johnson on the comedy movie Harper Valley PTA in 1978. Later, Eden also got to play the same role as the heroine on its television version as well.

The accomplished actress worked on numerous television series except that, she gave her voice in an animated television series Shimmer and Shine (2015). In the series, she voiced the character of the genie teacher Empress Caliana.

Eden wrote a book titled Jeannie Out of the Bottle, which compiles of her personal life and her Hollywood career. The book also includes her overall life; her childhood, her teenage, rise to fame, her married life and all. The book was listed on 14 on the New York Times Best Seller.

For her contribution to the Hollywood movie industry, Eden was honored with a star on the Hollywood walk of fame in 1988. In 1990, she received an honorary Doctor of Laws degree by the University of West Los Angeles.

From her incredible career of over 6 decades, Eden accumulated an impressive amount of money. According to some reliable sources, she has an estimated net worth of $10 million. 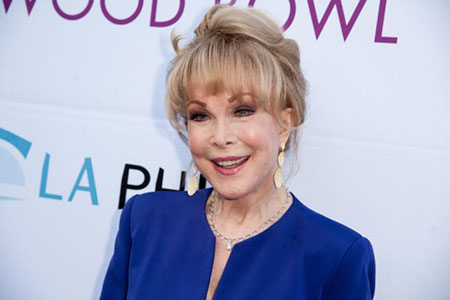 Currently, the millionaire actress resides in a luxurious house in Beverly Hills, California. The 86-years-old lady is yet to be retired, she is still working on movies and television series.