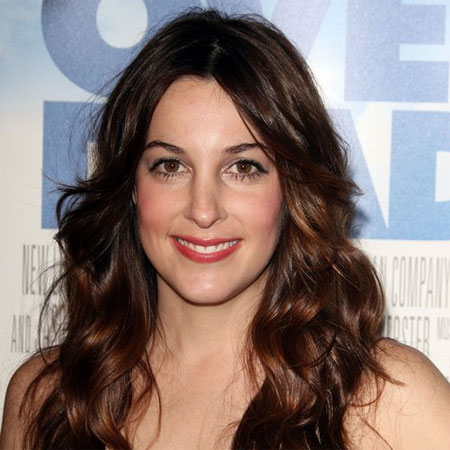 Lindsay Sloane is a beautiful and talented actress. She is widely recognized for her role as Valerie Birkhead in an American TV series, Sabrina the Teenage Witch. She has also starred in several movies such as Bring It On, Over Her Head and Horrible Bosses.

Lindsay Sloane was born on August 8, 1977, in Long Island, New York. The United States.  She is an American by nationality and belongs to the White-American ethnicity.

She did her schooling from Chatsworth High School in Chatsworth, California. Lindsay is popular for her acting in TV series “Sabrina, The Teenage Witch” portraying the character of Valerie Birkhead.

Lindsay has played in numbers of movies and TV series. Her work in The Wonder Years was also very much appreciated. She has featured in large numbers of television episodes of That ‘70s Show, Dharma & Greg, The West Wing, How I Met Your Mother, Psych, and The League.

She has also played several TV series like Ben and Kate, Weeds, Children's Hospital, Funny or Die Presents, Mr. Sunshine, League, Livin’ on a Prayer, Pulling, Help Me Help You, Entourage, She Said/ He Said, Crazy, Miss Match, and many others.

Lindsay married to Dar Rollins in 2004 who is an agent for International Creative Management. She gave birth to a very cute daughter in January 2012. The couple has named her Maxwell Lue. Prior to getting married, Lindsay was talked of having a relationship with Nate Richter who is also an actor by profession.

Lindsay is one among those actresses whose feet is often talked about. She has a beautiful pair of feet. She has also featured in numbers of photo shoots presenting her in elegant look and stylish attire.

Facts and Net Worth

She wears shoes of size 9.7. As per Lindsay’s Vedic natal chart, her zodiac sign is Leo. She is Jewish by religion. She has a well-toned body and has featured herself in numerous hot photo shoots. She is American by nationality and white by Ethnicity. Her net worth is $7 million USD.