Meet Lorrie Morgan The One Who Never Gives Up On Love: After Five Failed Marriages, Lorrie Is Now Married To Sixth Husband Randy White-Details Here!! 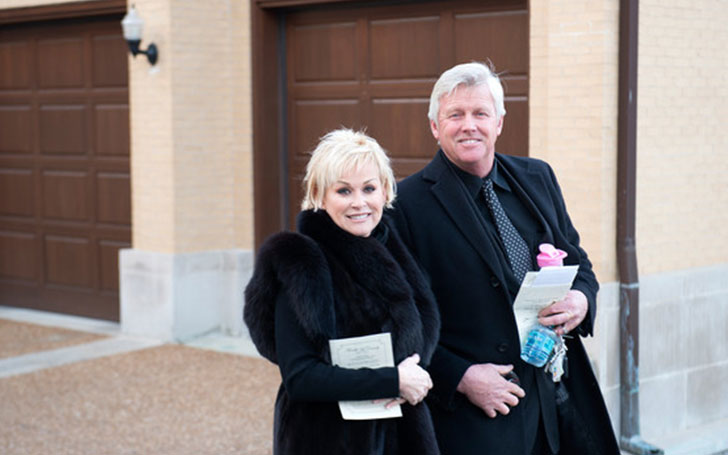 Lorrie Morgan a popular country singer who is the daughter of legendary country musician George Morgan has quite a successful professional career but wait what about her married relationships?

After five failed marriages, Lorrie is now in a conjugal relationship with sixth husband Randy White. How is their marriage going on? What about her past affairs? We have all the details here.

How Is Lorrie Morgan's Married Life Going On?

It's been eight years of their marriage as of February 2019, there are not any rumors about the couple separating. It seems like, she finally got her happy ending.

Though the pair together do not share any children yet, Lorrie Morgan is the proud mother of two children; daughter Morgan Anastasia Gaddis and son Jesse Keith Whitley. As of Randy White, he is also the proud father of his single daughter.

Actually, the couple is a bit conscious about their relationship and they have not let anyone enter their personal space.

Lorrie Morgan's Past Relationships And Affairs

As we mentioned earlier, Randy White is Lorry's, sixth man.

Prior to Sammy, she tied the knot to another country singer Jon Randall as the fourth attempt on 16 November 1996. Sadly, the then-couple divorced in 1999.

On 27 October 1991, Morgan married to Brad Thompson. Brad used to work for the American country singer and songwriter Clint Black. Their relationship lasted for only two years. They officially gave up on each other and parted away in 1993.

Her second marriage ended with the demise of her late husband Keith Whitley in 1989. Morgan shared the conjugal relationship with Whitley from 22 November 1986 which ended after her beau died due to alcohol poisoning. The duo had a son, Jesse Keith Whitley who is now a renowned musician.

Her first husband was also a musician. She gave her heart to former bass player of George Jones' band, Ron Gaddis. She was in the nuptial relationship with Gaddis between 1979 and 1980. They both share a daughter, Morgan Anastasia Gaddis. The couple divorced due to some extra-marital affairs of Ron Gaddis.

Apart from her six marriages, the singer also had an unofficial relationship with an actor turned politician Fred Thompson.

Coming up to the present times, Morgan is living blissfully with her present husband, Randy White, who is also the first man in her life that does not belong to the music industry.