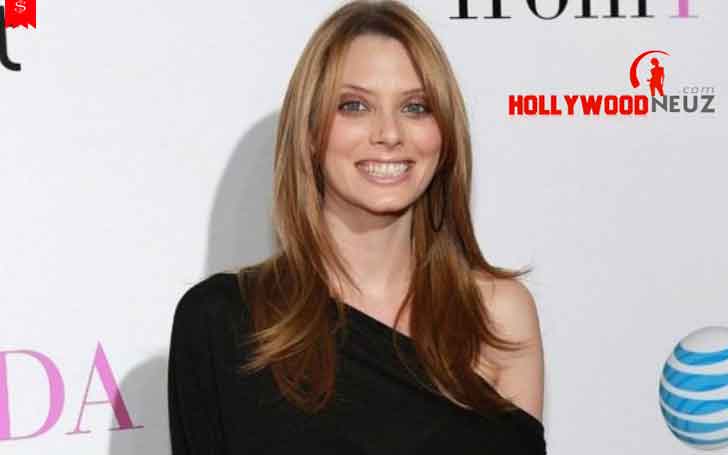 Known for her appearance in the TV series Two and a Half Men, April Bowlby accumulated a decent amount of fortune from her acting career spanning 14 years and counting. Bowlby has worked in numerous television series and movies like Drop Dead Diva.

The celebrated actress April is enjoying a blissful life from her acting job. How is the actress' lifestyle?

How Much Is April Bowlby Net Worth? Her Income Sources

April Bowlby is enjoying a flourishing career for over a decade now. From her appearance in multiple movies and television series, the actress has managed to accumulate an impressive net worth of $2 million.

Bowlby developed her interest in acting during her high school and began her acting career from the small screen in 2004 from the procedural forensics drama series CSI: Crime Scene Investigation. In the series, she played the role of Kaitlin Rackish. Afterward, she starred on the series like CSI: NY (2005), Stacked (2005), and others.

After her minor television roles, the actress got her big break through the American sitcom Two and a Half Men in 2005. In the popular series, she played the main role of Kandi; Alan Harper's girlfriend and second wife. Following her appearance in the series, the actress gained wide popularity. From the 10th season of the Two and a Half Men, she started appearing in the guest role until the last season. In the series, she shared the screen with the stars like Charlie Sheen, Jon Cryer, Angus T. Jones, Marin Hinkle, Melanie Lynskey, Holland Taylor, Ashton Kutcher, and many others.

Furthermore, April was cast in the leading role of Stacy Barrett in the legal comedy-drama fantasy TV series Drop Dead Diva in 2009. The actress was the main cast of the series from the first season to the sixth season in 2014. Alongside her notable work, she worked in the numerous television series including Mom (2015), The Big Bang Theory (2017), Titans (2018), and many others.

As of 2018, the actress is regularly appearing in several movies and series. Bowlby will be seen in an upcoming television film DoomPatrol in 2019.

Two and a Half Men actress April Bowlby is enjoying a luxurious life from her successful acting career. She regularly documents her personal and professional life on the social media Instagram. Bowlby seems to be a foodie and is seen treating herself with some delicious meal and desserts.

Though there is no information regarding her house and car, she definitely lives in a luxurious house and drives around some fancy car. The actress is currently single and frequently goes out with her friends.

April is a dog lover and has a cute pet dog named Clementine. She loves her dog very much and has uploaded many pictures of it in her Insta account.