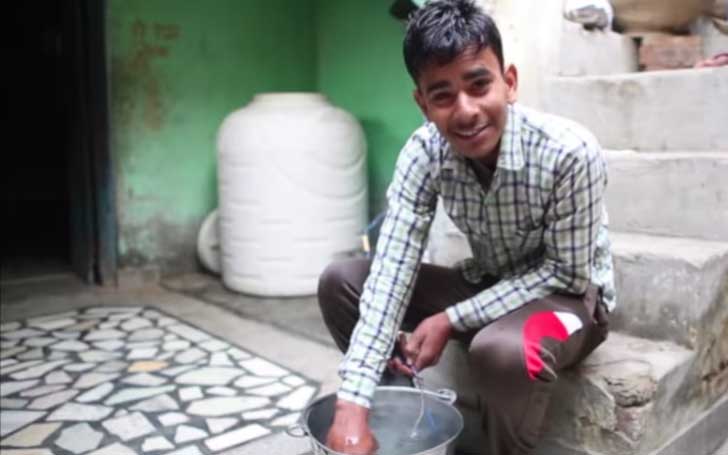 What we do if we see a live wire in front of us? We probably step back or use an insulator to get it out of our way, but we know a man who indulges playing these live wires with his bare hand. Can't believe? Let us tell his story.

He is Deepak Jangra from Haryana, India who claims to have an amazing power to let up to 11000 volts pass through his body. The 19-year-old kid who came up with his claim in 2012 got to know about his amazing talent accidentally.

He accidentally touched the uninsulated live wire with his screwdriver but emerged unscathed while repairing an electric heater. He had the same experience while examining his DVD player two weeks later. This was the time when he realized he was "special."

I have a gift from God. I feel very privileged. I have the power to do things no-one else can and I don't intend on wasting it.

I used to be scared of electricity but now I am confident. I have tested myself over and over again and I will never get hurt. I can touch a live wire with my tongue and I know nothing will happen to me.

Ever since he knew he was special he kept on experimenting on him with different electric devices. He said he tried light bulbs, TV wires, water pump, woodcutter and the likes for three years. He further said he also let different levels of voltages to pass through him.

At first, he coped with 110 volts, then 240 volts, 440 volts and as he withstood these power easily, he decided to find out his threshold and climbed a nearby electric pole to touch the 11,000 voltage high-tension wire. When he climbed the pole crowd gathered beneath him and screamed in fear as if he was going to commit suicide.

CAPTION: Indian teenager can resist up to 11,000 volts without scathed SOURCE: Daily Mail

Even his mother came and begged him to get down the pole. However, after people saw him hanging on the wire and walk away unscathed, they started cheering with surprise, he told.

The measure of electricity that he let to pass through his body is sufficient to lit 500 houses. No one yet knows, how this miracle possible. According to sources, he even had his blood test to find the cause behind it, but everything was normal in the report.