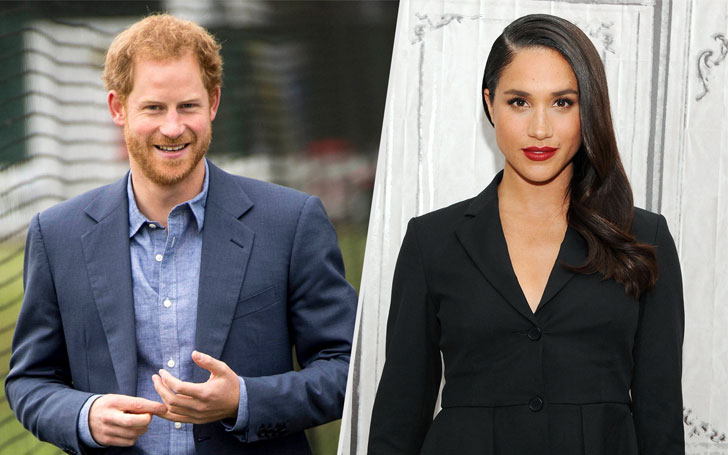 Finally! Prince Harry and girlfriend Meghan Markle has made their first public appearance one year after their romance sparked. Though it wasn't their official appearance together, they were seen together in the same auditorium on Saturday, 23 September.

Markle joined her Royal boyfriend, Prince Harry at the opening ceremony of the 2017 Invictus Games in Toronto, Canada.

The 36-year-old American actress wasn't together with Harry, however, was few rows apart from his seat. She enjoyed the ceremony from the Air Canada Center sitting aside Markus Anderson- who reportedly introduced her to Prince a year ago.

Also Read: Prince Harry And Meghan Markle Spotted Hugging And Kissing Each Other

Meghan, who was in a purple dress and a matching $ 690 Mackage leather jacket, was seen smiling broadly and clapping enthusiastically as Prince Harry was shown live on the screen in the auditorium.

The game’s opening ceremony began with a parade of the 550 competitors from 17 different countries- Canadian singer Sarah McLachlan, the Tenors and other popular artists entertained the crowd.

Also Read: Get to know more about the personal and professional life of Prince Harry's girlfriend Meghan Markle