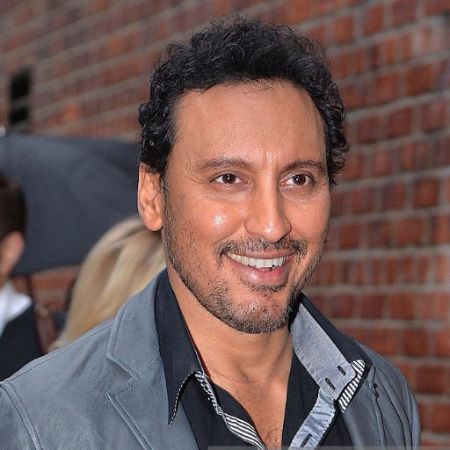 Aasif Mandvi whose birth name is Aasif Hakim Mandviwala is a British-American actor, comedian as well as a writer. He is best known for appearing as a correspondent on The Daily Show and also for his role in the 2012 film, The Dictator.

Aasif Mandvi was born under the birth sign Pisces on March 5, 1966, in Maharashtra, India. He was born to parents Hakim Mandvi and Fatima Mandvi. His father first worked in textiles research at Bradford University and later on, worked in a corner shop while his mother is a nurse.

He has a sibling sister named Shabana Mandviwala Churruca.

Happy Mother’s Day Ma. Wish you were here. Strangely the only voice mail I still have of yours, was when you called me one year to thank me for the flowers I sent you on Mother’s Day. So every year I listen to that message and pretend that I sent you those same amazing flowers and I guess we can just keep that tradition going until... well until flowers completely disappear from the face of our planet.. along with the million other plants and animals species due to the climate crisis. Honestly if you were here you’d be horrified... anyway you don’t need to worry about all that. Happy Mother’s Day. I miss you. Xo

Talking about his education, he graduated with a degree in Theatre from the University of South Florida.

He made his onscreen debut in the years 1998 in the episode Line of Fure as Doorman. Prior to this, he has appeared in several movies and TV shows such as Sex and the City, The Bedford Diaries, Sleeper Cell, CSI, OZ, ER, and others.

In 1990, he made his big-screen debut with his appearance in the film No Retreat, No Surrender 3: Blood Brother. Some of his notable works include Random Hears, 3.A.M, Analyse This, American Chai, the Mystic Masseur, Human Captial, Drunk Parents, and many others.

The famous movie actor, Aasif Mandvi, has an estimated net worth of around $800 thousand in 2019. As an actor, he might be receiving his salary approximately $50 thousand as it is an average salary in the US for an actor. Some of his movies have earned a huge amount at the box office, and they are listed below.

The 53-years-old, Aasif Mandvi is in a marital relationship with wife Shaifali Puri. The couple walked down on the aisle on August 26, 2017, at Atlanta’s Fox Theatre in front of 220 guests. Their wedding was held on the occasion of a multicultural celebration.

As per some of the sources, they met each other in 2013 at California’s Post Ranch Inn and started dating the same year after some meeting.

They have been together for a long time and still going very strong together.