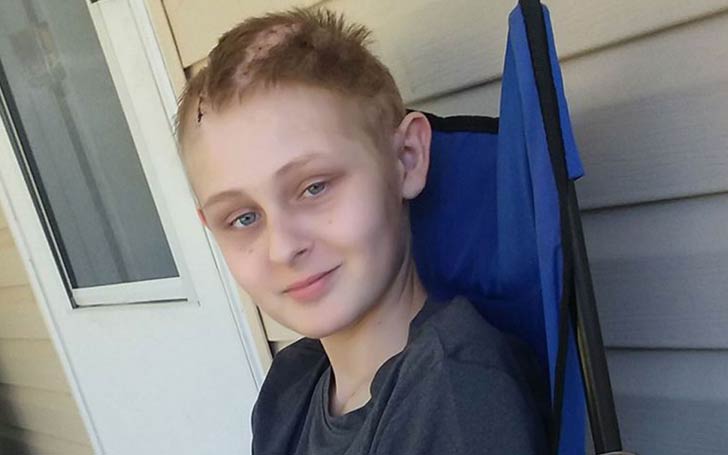 An Alabama Boy, 13, Wakes Miraculously After Parents Sign Papers To Donate His Organs Days After Being Announced Brain Dead

A 13-year-old Alabama boy, Trenton McKinley has miraculously come back to life days after he was declared brain dead. Fox 10 reported that the boy's parents have already signed the papers to donate his organs while the boy returned back from his death.

McKinley had gone unconscious after being injured severely in the head while playing in his friend's home in Mobile County, Alabama two months back. According to Fox 10, he was riding a small utility trailer that was being pulled by a dune buggy for kids.

Trenton told Fox that his friend suddenly pressed the breaks causing the trailer to flip. At the time Mckinley had been carrying his friend's 4-year-old niece with him whom he threw off into the grass and during the process, he got stuck in the trailer and flipped with it. He said,

I hit the concrete and the trailer landed on top of my head. After that, I don't remember anything.

He was quickly rushed to the USA Medical Center where he had an emergency head surgery for his seven skull fractures.

Jennifer Reindl, the boy's mother told that she found her son died for around 15 minutes when she reached the hospital to see her child. She told the outlet,

All I saw was a stretcher with his feet hanging out. He was dead a total of 15 minutes.

When he came back, they said he would never be normal again. They told me the oxidation problems would be so bad to his brain, that he would be a vegetable if he even made it.

The outlet reported that days after McKinley's brain dead, his parents decided to donate his organs to five children in need. However, his brain started showing signs of brain activity just a day before doctors were set to take him off life support.

He has had three brain surgeries and is recovering at his home. In an interview with Fox 10, McKinley told that he felt as if he was in heaven while he was unconscious.