7 People Who Died Of Drowning But Not In Water 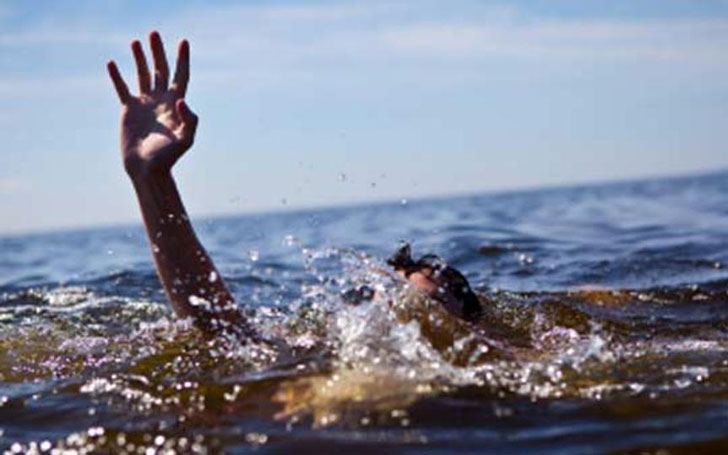 Drowning is found to be the third leading cause of accidental death. Generally, water comes to mind when we heard someone pa s ses away of drowning, but water doesn't happen to be the cause of death in drowning sometimes.

Below, we have seven unusual and most scary drowning cases that were not caused by water.

Fernando Gonzalez who had been working for a Coastal Circuits Factory in Redwood City, California. The 18-year-old when didn't reach home at the expected time (early morning) after late-night shift on 23 Sept. 2007, his father who was also a Coastal Circuits employee, went to the factory to look for him.

2. Immersed In The Mola s ses

Robert Herweyer, a Michigan native, was the newlywed man and was expecting his first child with wife during the summer of 2016. Herweyer had been working for Agri-Technology company which supplies farms with agricultural products.

On 26th of July, he was cleaning a 12 feet mola s ses tank. When the level of the mola s ses became too low to pump out, he went into the tank in an a s sist from his co-worker. He was fine when he was adjusting the valve, but when he began to climb out, he suddenly stopped moving.

His co-worker called him, but he stopped to respond him. He became unconscious and fell into the tank. His co-worker tried to lift him but couldn't, and he ran to get help. Then the owner of the plant cut the tank open with an electric saw and freed Herweyer. As per the witness, he drowned in the mola s ses for around five minutes before he was taken out. Doctors found mola s ses in his lungs and pronounced him dead of drowning.

Vazquez-Carrera was a driver who used to drive a feed truck to deliver the cows their morning meal. He mistakenly drove the truck into the manure pond around 5:30 am in mid-February 2016. He, somehow, managed to get free and tried to swim back to solid ground. However, he was disoriented and swam in the wrong direction, said county sheriff.

Later, his body was found 70 yards from the truck. It's a kind of death no one wants to happen. However, the same case happened again in Idaho, only seven months later. A dairy worker in Shelley fell into the manure pond more than five feet deep and drowned for 30 minutes under the tractor he was driving.

In July 2010, A worker was scooping fermented liquids from the 6 meter (20 feet) tank in a ketchup factory in Lucknow, India. Suddenly, she slipped from her ladder and fell into the tank. Her fellow workers tried to help her, but accidentally seven more workers fell into the tank.

Later, authorities arrived and extracted the workers from the tank and rushed to a local trauma center where six of them were pronounced dead immediately. Police reports showed that the toxic gas was once produced inside the tank which caused the workers to fall unconscious and fell into the tank.

Donald Boone had been working at a Frito-Lay factory in Lubbock, Texas for over six years. On February 9, 2001, Boone with his co-worker was repairing the roof of a 4.5-meter tall tank, containing cooking oil. Boone's co-worker bent down to retrieve a tool, and as he looked back, he saw Boone's legs were disappearing through a 2 feet wide opening of the tank.

Boone's co-workers tried to see him through the opening but what they could see was just his shoes. The valve of the tank was released to pa s s the oil out until the paramedics arrived. Five minutes after he fell down the tank, he was taken out and rushed to the emergency room. He was taken to hospital but was declared dead immediately after reaching the hospital.

6. Falling Into A Pit Toilet

Michael Komape, a South African child, 5, was attending his first year of primary school. On January 20, 2014, the principal informed Michael's mother, Rosina, that he had been missing for around two hours.

When Rosina reached the school, teachers told her they searched him everywhere but couldn't find him. Meanwhile, one of Michaels friend told her that he had seen Michael fall into one of the toilets. Doing no late, Rosina looked into the pit toilet that Michael's friend pointed; there she found her son's arm-raising above the pool of feces.

The fire department later pulled him out from the pit when he had already died. Michael's family had sued the school. However, the trial was postponed until November 2017 due to several technical issues. The family has been seeking monetary damages for shock and trauma as well as for the constitutional damages.

Christopher Shute, 30, worked at a Ford transit van plant in Southampton, England. The factory had a ma s sive tank that collected and recycled paint from the factory's paint shop. In August 2000, the tank began to overflowing while Shute was working there. He climbed the tank to stop the spill. While he reached the top of the tank, he slipped on the paint and fell into the tank through an opening where a lid was missing.

Shute couldn't see that the lid of the opening was missing while the paint was overflowing through it. He tried to pull himself out and also shouted for help. His colleague was trying to reach him, but Shute couldn't resist the slippery paint, and he drowned and died.