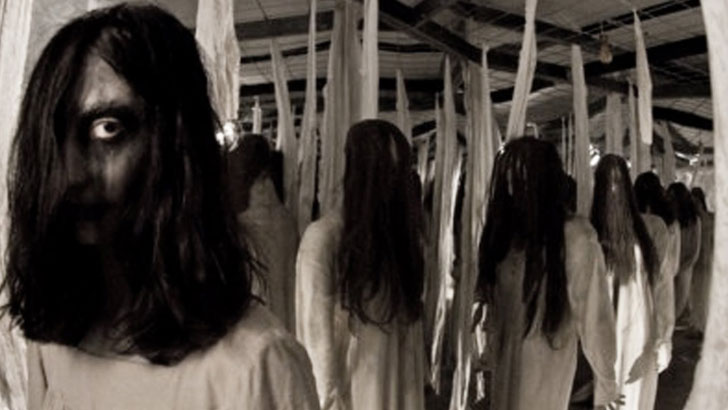 The North Korean ruler has established the system of prison camps where the untold number of prisoners have died. The cruel rule over the Kim Jong-un ruled North Korea is comparable in quite a lot way to the Nazi's during the World War II.

An Auschwitz, Poland-survivor claimed that the camps are worse than the Nazis' concentration camps which the UN commission calls a crime against humanity. According to the reports, around 200,000 have disappeared into the brutal concentration camps across the nation.

7. Inmates Provided with Gruels Only

The prisoners in North were treated in such a way that anyone perhaps can't even imagine. Starvation has become a common problem inside the camp where the inmates are provided with gruel made of cornmeal and cabbage. Shin Dong-hyuk, who was able to escape from the camp after 23 years, told

We were always hungry, and the guards always told us, ‘Through hunger, you will repent,'

They often eat rats and insects just to stay alive.

Prisoners used to develop hunched backs from bending over in the fields due to lack of calcium and protein in their diet. Some lose toes and fingers to frostbite.

Captives are treated as subhuman inside the camp where guards terrorize and torture their captives just for funs, according to the escapees. Moreover, the prisoners are punished brutally for their simple mistakes.

One of the inmate's fingertip was chopped off after he accidentally broke a machine while working in a factory. Moreover, they torture more inhumanely if someone tries to escape from the camp. While Shin was only 13, he was sent to an underground torture center after his mother, and older brother allegedly tried to escape. Shin told he was hung on his ankles and was tortured with fires.

Pregnancy is strictly forbidden inside the camp, except in case of a prison-arranged marriage. If any woman is found pregnant, she was given a clock torture- a pregnant is subjected to torture until dehydrated. One person claimed that she witnessed a female prisoner forced to drown her baby in a bucket. Moreover, if a woman is found pregnant, the ward will force the woman to throw the fetus away.

4. Seven Members Of A Family Killed In Revenge

Lim Hye-jin, who served as a prison guard for over seven years witnessed many terrible incidents during the period. She described, she saw the worst act when she was 20. After two brothers successfully escaped from the prison, their seven family members were killed on the spot in revenge. Moreover, many prisoners were savagely beaten as a collective punishment for the breakout.

Later the brothers were caught in China and deported to North Korea. The guards severely beat the men before beheading the brothers in front of the other inmates. Afterwards, the prisoners were forced to throw stones at the dead bodies.

3. Lost Consciousness and Act Like an Animal After Torture

A homeless boy of 16, Hyun Kim traveled to China in search of food. He was caught and sentenced to three years in prison where he was tortured heavily. Kim lost all his feelings of humanity soon after being imprisoned. Kim reportedly began behaving like an animal.

He was treated as a machine inside the prison. He was given a handful of cornmeal and 50-90 soya beans at breakfast. Then he had to work until noon when he was given another small meal before he again heads to work. Due to lack of food, he was only thinking of food like other prisoners.

Guards in prison were trained so that no one could escape the prison. They were strictly told to kill the inmates if they try to escape and if any guard manages to kill an escapee, he was rewarded.

Many guards killed innocent people so that the guards would be allowed to go to the college and to get many beneficial rewards. A guard Ahn Myong Chol, who worked as a prison guard for over a decade claimed he witnessed one of his colleagues order a prisoner to climb the barbed wire fence and he shot the prisoner and left for a college. It was only one of the various incidents happened in prison.

1. Unspeakable Conditions of a Labor Camp

A poor woman went to China after her son begged her to leave North Korea. She bribed the border guards to let the family cross the border. She then worked like a slave to an alcoholic farmer for 5,000 Yuan. She worked as a slave for six years where she has to work for up to 16 hours.

Later she was arrested and deported to Korea where she was sent to a labor camp. Park and other inmates were forced to clear hills of trees so that crops could be planted. Even worse, the captives were not allowed to wear shoes. Park got several wounds and later she was released as the guard wanted her to die outside the prisoner.