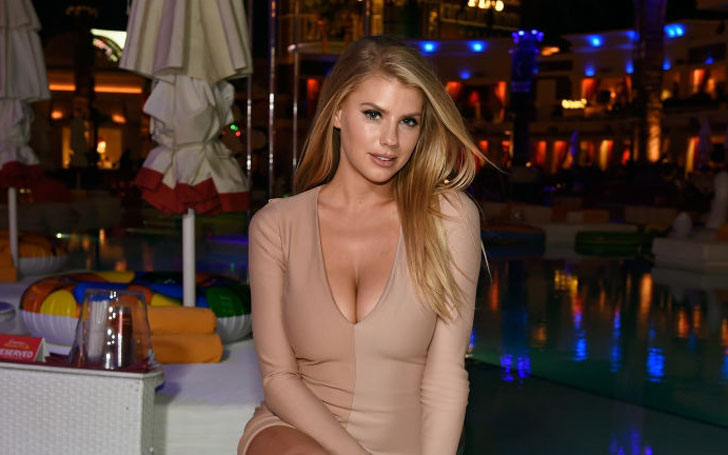 They say ‘'Being single is for a reason, waiting on the right one to come along.'’ We are sharing a similar story of the popular actress Charlotte McKinney here, she recently said she is still single because she's looking for the right man.

But, she also gave hints she might be dating secretly. We have all details about her recent affairs and personal life. Keep on reading.

Is Charlotte McKinney Dating Currently? Who is her boyfriend?

The popular actress/model Charlotte McKinney recently appeared in the comedy drama movie Baywatch alongside Dwayne Johnson, Zac Efron, Alexandro Daddario and other stars. Unfortunately, the movie couldn't do quite well at the box office and with the critics as well. But let's skip that, we are taking McKinney's personal life here.

She attended the celebration where Zoey Deutch was the 2017 Women in Film Max Mara Face of the Future on Monday night on 12 June where she revealed that she is still single but only kind of ready to mingle.

I'm very single and really enjoying it, t's been really nice. I've been dating a little bit, but I'm single!

Now, what does that mean, dating a little? Well! It's up to interpretation. When asked her about what she’s looking for in a man, she said:

Let's hope she finds her tall, handsome and funny prince charming, there's no lack of such lads in Hollywood.

Charlotte also said that she feels her most beautiful when she’s taking care of herself going on to add that she is a simple girl and likes it clean without make-up.

McKinney, allegedly dated Scott Eastwood,  but they later revealed they were only friends.

What is Charlotte McKinney Up To These Days?

Also, read: How much does actor Diego Luna make in a year? Know about his Luxury House and Net Worth

Charlotte is also doing another film, First We Take Brooklyn. She started in Hollywood at the age of 17 with a modeling career. Charlotte has also appeared in few music videos, here is the list of her music videos.