How Much Is The Net Worth Of American TV Host Mike Rowe? Details Of His Income Sources And Assets 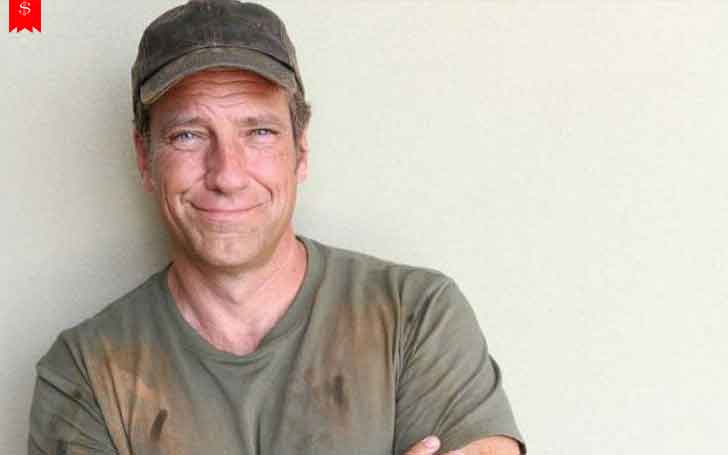 Mike Rowe is a television host and narrator. He has narrated programs on the National Geographic Channel, The Science Channel, and Discovery Channel such as Shark Week, How the Universe Works, and Deadliest Catch respectively. Best known for being the host of Dirty Jobs and Somebody's Gotta Do It, Rowe has, no doubt amassed a huge fortune too.

Despite his attractive net worth, Rowe lives a simple and common life. Let's get to know more about his assets and career over here.

How Much Is The Recent Net Worth Of American TV Host Mike Rowe?

Mike Rowe, 56, is best known for his work on Discovery Channel series Dirty Jobs and Somebody's Gotta Do It on CNN.

He has an estimated net worth of about $35 million as of 2018. He has collected a huge fortune through his television appearances and work as a spokesperson for radio and TV.

Mike Rowe Doesn't Have A Mansion Of His Own

For a person with such an amazing professional career, everyone would think that he's living a lavish lifestyle with a grand home, numerous cars and much more.

Despite being so rich, you may not believe about the fact that Rowe doesn't own a mansion to live. For past 16 years, he's been living a very simple life in an apartment.

CAPTION: Mike Rowe giving a virtual tour of his apartment to his fans SOURCE: Twenty-two words

He revealed this when one of his fans asked him if he lives in a mansion. He said,

"I don’t live in a mansion. I house sat in one once, and I kinda liked it. But I’ve never owned one, and have no plans to. My current apartment is very modest, relative to the zip code. It’s the same one I’ve come home to for the last 14 years."

"With the exception of a small smokestack that partially obscures Treasure Island and Alcatraz, the view is the best thing about it."

It would be perfectly appropriate for him to spend much of his income in a big house, cars and other luxury items.

Rowe had been the face of the Ford automobile for some years. He worked as the Ford pitchman for a couple of years.

Beginning in March 2007, he appeared in several Ford Motor Company F-Series truck commercials. He was featured in advertisements for Lincoln-Mercury and Ford vehicles in summer 2009.

After graduation, Rowe began participating in music and acting classes. He began his professional career working as a host for the home-shopping TV network QVC. He worked on Channel 999 in the 1990s.

From 2001 to 2004, he hosted The Most for The History Channel. During the time working on The Most, he also hosted Worst Case Scenarios for TBS.

Life is full of mysteries. Last week for instance, hundreds of you wished me a happy birthday. That was nice, and much appreciated. Thing is, my birthday is in March. So, why did so many of you wish me a happy birthday in October? After much digging, it seems that Facebook told everyone who posted on this page to wish me a happy birthday. Mystery solved. Unless of course, I were to ask why Facebook would do such a thing. In which case, we'd have ourselves another mystery... In the spirit of mysteries and birthdays, here's the true story of an individual born on this day, many years ago. I've been told by some that the title of this true story is inappropriate in these "hashtag me too" times. I respectfully disagree. I think it's a fine title, and an accurate description of the individual in question. So please enjoy, (but be gentle.) And happy birthday to you know who. #Listen - http://bit.ly/TWIHIep76 #TheWayIHeardIt #podcast #story #mystery [Link in Profile]

His journey with the Discovery Channel began with a trip to the Valley of the Golden Mummies on Egypt Week Live!. He traveled through ancient tombs with Dr. Zahi Hawass, an Egyptian archeologist.

Apart from being a host, Rowe has an amazing talent as a narrator.  On Discovery Channel, he narrated Wild Pacific, Ghost Lab, Deadliest Catch, American Hot Rod, and American Chopper.

Big thanks to Forbes, for giving me some space to celebrate the tenth anniversary of mikeroweWORKS. Feel free to peruse at your leisure... http://bit.ly/ForbesMikeRoweTakesonSkillsGap @forbes #skillsgap #mikeroweworks #anniversary #celebrate #10thanniversary #bigthanks #work

He performed as the voice of a meter maid on Fox's American Dad! in October 2007. He portrayed the role of Jim Baxter in the ABC sitcom Last Man Standing in 2012 alongside Tim Allen, Nancy Travis, Alexandra Krosney, Kaitlyn Dever, and Molly Ephraim in 2012.

He joined a web series named 'Returning The Favor' in August 2017 featured on Facebook WATCH. Mike and his crew members search for people who are much dedicated to their community on the show.

In 2003 Rowe received an Emmy nomination for Outstanding Animated Program. He was nominated for the Emmy three times in series for Outstanding Reality Program in 2008, 2009, and 2010.

He became the first winner of the Critics' Choice Television Award for Best Reality Show Host in 2011.