One Of The Celebrated Comedians Amy Poehler: Details Of Her Net Worth And Income Sources 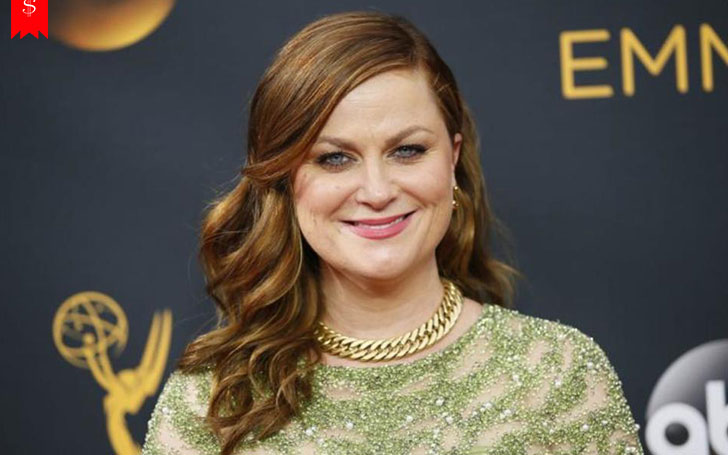 Gorgeous, talented, entertaining and most of all funny, yes, we are talking about Amy Poehler. Popularly known for her appearance in Saturday Night Live and Parks and Recreation, Poehler is undoubtedly one of the funniest comedians of our country.

With so much fame she gained, many of you do wonder about her earnings.  So, what do you think, how much is her net worth? What are her sources of income? We have all the details here.

The multi-talented star Poehler has an estimated net worth of $18 million. One of the most iconic comedians in Hollywood has starred in many films such as Anchorman 2: The Legend Continues, The House, Baby Mama, Mean Girls and many more. Starring in such several films there no doubt she is a millionaire star.

Moreover, Poehler has gained recognition through Saturday Night Live(SNL). She first debuted in the show in the first episode after 9/11 in 2001.

In addition, Poehler's earning is not just from starring in film or television series her other source of income is her voice acting. Speaking of her voice acting she has voiced in animated films like Inside Out, Shrek the Third and Alvin and the Chipmunks series.

Poehler was a member of the group Upright Citizen Brigade. The group consisted with other three members Matt Besser, Ian Roberts, and Matt Walsh. Their group performed improv and sketch around Chicago before moving to New York in 1996.

After moving to New York, Poehler along with her group appeared as sketch regular on the show Late Night With Conan O'Brien which was hosted by Conan O'Brien. Later on, she and her group also debuted in Comedy Central with half-hour sketch comedy in 1998.

Poehler rose to fame and made her first debut in the Saturday Night Live(SNL) in 2001. In the next year 2002, she got promoted a full cast member.

In 2004 to 2005 Poehler co-anchored Weekend Update alongside with her friend Tina Fey. After Tina left the show, Poehler co-hosted along with Seth Meyers. In 2004, she also appeared in the film Mean Girls.

Moreover, Poehler also appeared in the movie Blades of Glory along with her ex-husband Will Arnett in 2007 and also appeared with Arnett in the series Arrested Development.

From 2010-2013, she starred as a voice actress in several films like Bubble Guppie, Megamind and The Chipmunks: Chipwrecked. From 2014-2015 Poehler made multiple appearances in the Swedish sitcom Welcome to Sweden.

In 2018, Poehler co-starred along with Nick Offerman in series Making It.