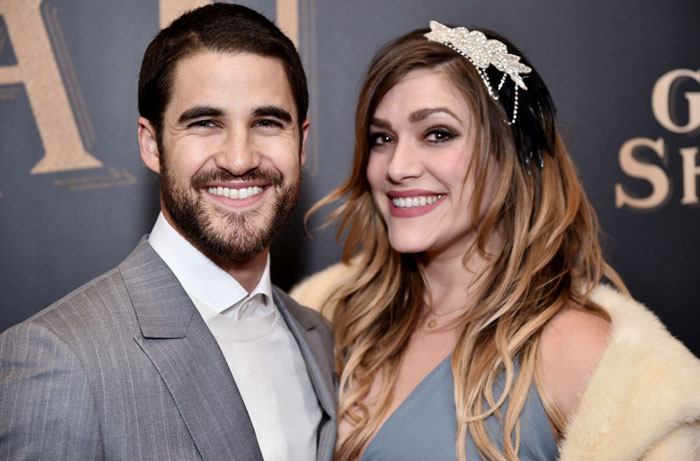 Former American Crime Story star Darren Criss and girlfriend Mia Swier have got engaged. The actor announced the good news on his Instagram and Twitter on Friday, January 19.

The 30-year-old actor Darren popped the question to his girlfriend seven years after they started dating. Criss wrote alongside the photo he shared;

Mia and I have had seven and a half years of fun, wacky, wonderful, CRAZY adventures together. And I’m happy to announce that we’re kicking those adventures up a notch. We’re goin for it. To boldly go where neither of us have gone before. Engage. ??????

Darren gained his stardom in 2011 for his performance as Blaine Anderson in the Fox teen comedy, Glee. Talking to the Kiss 92.5's Roz & Mocha, Criss said:

She's been through a lot but such is the life I suppose. I didn't know I was going to be on TV when we started dating... Yeah, we've been together a long time.

Criss kept his relationship with the writer and producer for a long time, however, he had been sharing photos with her in his social media. In September 2017, he posted a photo of the lovebirds on his Instagram captioning it as:

These past several weeks and have been so crazy & busy for us… really been looking forward to a fun weekend in Vegas. This is gonna be funnnn…