Zoie Palmer, a Canadian openly lesbian actress grabbed a career breakthrough as Dr. Lauren Lewis in the supernatural drama Lost Girl (2010-15). Furthermore, her portrayal of the main cast The Android in Dark Matter (2015-17) earned broadened fame in the TV world.

Professional since 2002, Palmer majorly worked in TV series throughout her career journey of 2 decades that includes her notable appearances in Instant Star, The Guard, Taken, Wynonna Earp, and Jann. Moreover, the Gold Medallion Acting Award-winning actress also worked in the films Godsend (2004), Devil (2010), and Cold Blooded (2012).

What Is Zoie Palmer's Nationality? Age and Height?

Palmer was born on October 28, 1977, in Camborne, in Cornwall, England to parents of Irish and British descent. At the age of 9, her family moved to Canada and settled in Newmarket, Ontario, where Zoie attended Sacred Heart Catholic High School.

In 2001, Zoie Palmer graduated with a Bachelor of Fine Arts from York University in Toronto, Canada. She holds Canadian nationality and has a mixed ethnicity.

From 2006 to 2007, Palmer was cast in the recurring role Patsy Sewer in Instant Star, which saw her TV recognition. Her TV root got even more firm after portraying Carly Greig in The Guard (2008- 2009, 22 episodes) co-starring Steve Bacic and Jeremy Guilbaut.

Zoie Palmer saw her career breakthrough in 2010 when she was cast in the main role of Dr. Lauren Lewis in Lost Girl (2010-15, 72 episodes). Her character Lauren is a bisexual personality who has a love interest with a succubus named Bo (portrayed by Anna Silk). 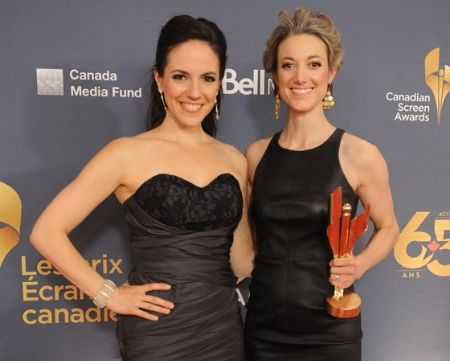 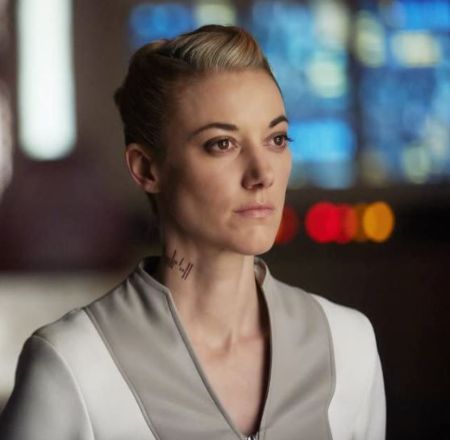 CAPTION: Palmer as The Android in Dark Matter SOURCE: IMDB

When Did She Make Acting Debut?

Already with state acting credits in summer stock theater, Red Barn Theatre in Jackson's Point, Ontario, Zoie Palmer earned TV debut in 2002 through an episode of Odyssey 5. The same year, she worked in the TV film The Scream Team.

In 2003, Palmer played Annabelle in the short-film Terminal Venus, which awarded her "Best Actor" in the 2004 Baja Film Festival in Mexico. A year later, in 2004, the Canadian actress made her feature film debut in Godsend starring Greg Kinnear, Rebecca Romijn, and Robert De Niro.

What Is Zoie Palmer Currently Doing?

After her most recent appearance as Anna Dawson in the TV movie Gla s s Houses (2020), Zoie is set to appear as Kara Boswick in the crime-horror Spiral (2021) starring Morgan David Jones and Ali Johnson. The film with a budget of $40 million will release on May 21, 2021.

Already with more than 18 years in the acting industry, the Canadian actress Zoie Palmer records 44 acting credits. In late 2020, Palmer has $1 million net worth, thanks to her acting career with stints in notable roles in  Lost Girl (2010-15) and Dark Matter (2015- 17).

Even though the exact detail on her career earnings is yet to be out, she allegedly sums up a salary in the 6-digit figure per year (i.e. hundreds of thousand dollars).

Came Out As Lesbian- Who Is Her Girlfriend?

Zoie Palmer is openly lesbian; she came out during the 2014 Canadian Screen Awards on March 9, 2014. The Fan Choice Award-winning actress for Lost Girl expressed her gratitude and thanked her girlfriend Alex Lalonde, a Canadian film producer.

Reportedly, Palmer and Lalonde are in a relationship since 2011 and have a son named Luca, from Alex's previous relationship. 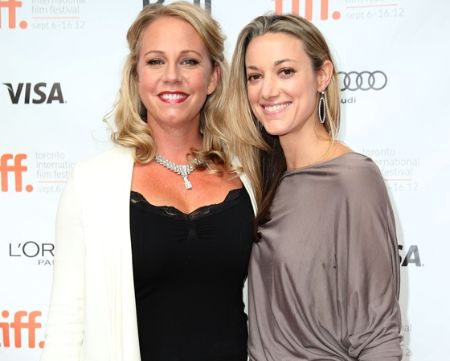 Further details on their courtship or plans for the wedding is yet to be out.

Palmer is an avid user of Instagram (@zoiepalmerzeeeps) and Twitter (@ZoiePalmer) with over 32.3K followers and 105.5K followers respectively.