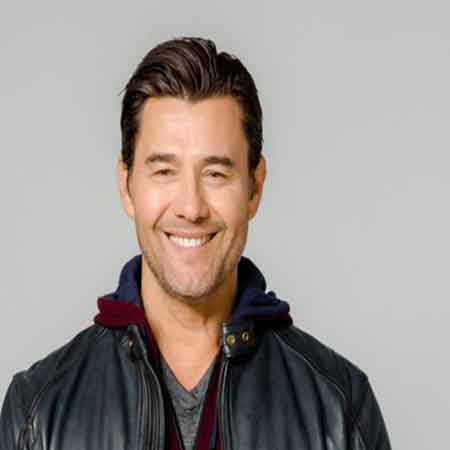 The Croatia born actor Steve Bacic is best known for portraying Sean Sonus in the American superhero series, Arrow. He had initially dreamt of being a professional athlete or a physical therapist but landed on being an amazing actor. Bacic is known for his variational roles and has contributed a lot to the entertainment industry.

Steve Bacic was born on March 13, 1965, under the birth sign Pisces in SR Croatia, Yugoslavia. He was then raised in Windsor, Ontario, Canada and wanted to be a coach or a physical therapist growing up. As for his studies, he graduated with a degree in kinesiology which is the scientific study of human or non- human body movement.

His early job was at the factory where he had his own auto refurbishing business. After going on a road trip to Vancouver, British Columbia with his friends he decided to settle there since he was mesmerized by the glamour of the entertainment industry. Bacic wanted to pursue a career in acting so he began taking acting cla s ses and did some roles with actor Ethan Hawke and did some modeling as well.

The Canadian actor Steve Bacic first started his career in the year 1991 when he was cast in the American action television series Street Justice and 21 Jump Street. After his debut, he kept appearing in more television roles and was a part of hit series like The X-Files, Stargate SG-1, Gene Roddenberry's Andromeda, Smallville and many more.

In the 2008 series The Guard, he was cast in the role of Miro DaSilva for which he was nominated for Leo Awards in the Best Lead Performance by a Male in a Dramatic Series category in 2008 & 2009. Bacic's movie debut happened in 2000 when he portrayed Johnny Phoenix in the American science fiction movie, The 6th Day. Later on, he appeared in movies Deception, The Final Storm, A Haunting at Silver Falls, Tactical force and so on.

He is cast in the superhero series named Arrow where he plays the role of Sean Sonus alongside actors Stephen Amell, Katie Ca s sidy, Colin Donnell, David Ramsey, Willa Holland and many more. Besides his recent movies include Wonder where he portrayed Mr. Albans and in 2018  he did a Romanian movie called Lemonade.

The Croatia born Canadian actor Steve Bacic is estimated to be $2 million which he earned from his career as an actor. His main source of earning is from his involvement in movies and Television series. His salary is $155,000 and owns many luxurious properties. Some of his movies are a hit in the box office.

The Canadian actor Steve Bacic is married to a woman named Carolin. He has two children with his wife; a son and a daughter. Bacic is residing with his family in North Vancouver, British Columbia, Canada. Besides his wife's name nothing more has been revealed about his marriage. Bacic is a private person who doesn't share much with the media and isn't active on the social media sites.

He has a twitter account with 1.7k followers but its been more than 2 years he hasn't posted anything on the site.  As for his hobbies, he enjoys playing sports like basketball and snowboarding. His religion is roman catholic. Bacic stands a tall height of 6'1 feet and flaunts long black hair.  As of 2018, he is at the age of 53.

Here is a video of Steve Bacic speaking about his character, Pavel Korkov of Crash & Burn.