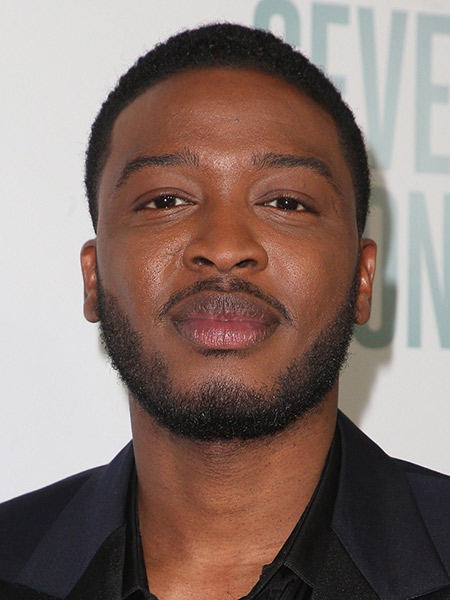 Zackary Momoh is a British actor who first came to the limelight after his finest performance in the biographical romantic drama The United Kingdom. He gained massive fame when he took the role in Netflix’s highly anticipated drama series Seven Seconds. He is also known for his work in American Assassin, and more.

Zackary Momoh was born in somewhere in the United Kingdom. Regarding his nationality, he is a British and as far as his ethnicity is concerned, he is Black. He lives a very low-key life which is why nothing much is revealed about his parents, siblings, and educational background.

He was interested in acting from his childhood days and used to perform in school plays.

As per the Wikipedia, Zackary Momoh started his acting journey from the role in 2016 British biographical romantic drama movie The United Kingdom sharing the screen along with David Oyelowo, Rosamund Pike, Terry Pheto, Jack Davenport, and Tom Felton. In the year 2017, he landed the role in the American action thriller film American Assassin.

Some will say I'm quite laid-back, others will say I'm lazy, I'm probably a lil in between. : The dope @rikerbrothers : The dope @iamtjromeland • • • • • • #photooftheday #instagood #fashion #love #sevenseconds #netflix #comingsoon

The actor gained massive fame after her appearance in the Emmy-winning Netflix limited series Seven Seconds along with Regina King. He will also shine in an upcoming 2019 American horror film Doctor Sleep that will premiere in theaters internationally on October 30, 2019, and in the United States and Canada on November 8, 2019.

The movie starring Ewan McGregor and Rebecca Ferguson. The movie is based on the 2013 novel of the same name by Stephen King.

Momoh's other upcoming project is Harriet which is scheduled to be released on November 1, 2019.

Zackary Momoh is one of the rising actors. He has made a good amount of money through his work in movies and TV series. The exact amount of his net worth is still under review but it is as per estimation made by various online sources can be believed to be around $500k in 2019. The actor played a few roles in TV shows but his salary per episode is still a mystery.

In 2017, Zackary also played the role in the movie American Assassin which collected over $67 million against $33 million.

Zackary Momoh is not married yet and is also not dating anyone at present. He has kept the details of his personal life pretty much entirely under wraps. He is active on social media like Facebook and Instagram. But he rarely shares his photos on his social media.

Momoh seems pretty much focused on his career.

Taking about his age and height, Zackary is in his mid-30s and stand tall in height.