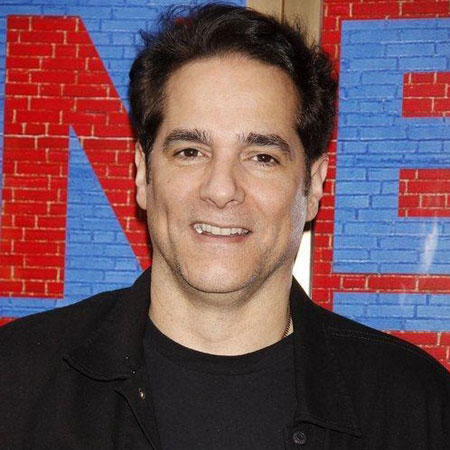 Yul Vazquez is a Cuban American actor and musician who is most known for his roles as Bob in the Seinfeld episodes titled “The Soup Nazi”, “The Sponge” and “The Puerto Rican Day.” He has appeared in several other movies including “Captain Phillips”, “The Infiltrator” and “The A-Team.” He was also a lead guitarist for melodic rock bands Urgent and Driving For Pearls.

The popular actor has been married actress Linda Larkin for a long time but the two don't share any child.

Yul Vazquez was born on March 18, 1965, in Cuba.  He holds an American nationality and belongs to White American ethnicity. His mother was a stage actress in Miami and often had him play minor roles in her plays which grew his interest in the acting career.

Yul Vazquez's upcoming film projects include “Kill The Messenger” where he starred opposite Jeremy Renner. He was also seen on the small screen of Lifetime’s new series entitled “The Lottery” with a role of Pres.Thomas Westwood.

Yul has appeared in more than 40 films including “Captain Phillips, “The A-Team” War of the Worlds” “Bad Boys II”, “Traffic” and “Runaway Bride” along with Liam Neeson. He also appeared on the drama series “Magic City” for both the seasons.

Vazquez is a founding member of the LAByrinth Theater Company and served as a co-artistic director with Stephen Adly Guirgis and Mimi O’Donnell in the new York city. He received nominations for a Drama Desk award and a Tony Award for “Best Featured Actor in a Play.” Additionally, he appeared on “The Last Days of Judas Iscariot” opposite Sam Rockwell which was directed by Philip Seymour Hoffman.

Prior to starting his acting career, he was also the lead guitarist for notable East Coast AOR bands Urgent and Diving For Pearls. Following the demise of Urgent, he also joined the Diving For Pearls whose eponymous debut album was issued by Sony Music in 1989. He played acoustic guitar with Ian Astbury of “The Cult” under the name The Soft revolt appearing at the “The Bowery Electric” in the New York city. They performed songs by The Cult and Astbury solo material as well as covers by the Rolling Stones, Black Sabbath, and Radiohead.

He currently appears on the HBO horror series,The Outsider, along with Mare Winningham, Ben Mendelsohn and Jeremy Bobb.

Yul Vazquez's Net Worth And Salary

The famous actor is living a luxurious life with a net worth of $700,000. He along with his wife Linda are residing at their own home happily.

In 1999, Yul played one of the major roles in the blockbuster movie Runway Bride which was turned out to be a box office hit grossing over $309 million worldwide. In the movie, the actor shared the screen along with Julia Roberts, Richard Gere, Joan Cusack, Héctor Elizondo, and Rita Wilson.

The 52-years old American actor and musician was married to the famous actress Linda Larkin on May 18, 2002. He is the uncle of a renowned actress Vanessa Aspillaga. His wife Linda is an American cinema and television actress most known for voicing Princess Jasmine in Disney’s animated feature film titled “Aladdin.”

Despite their long marriage journey, the two has have not shared any child to date.