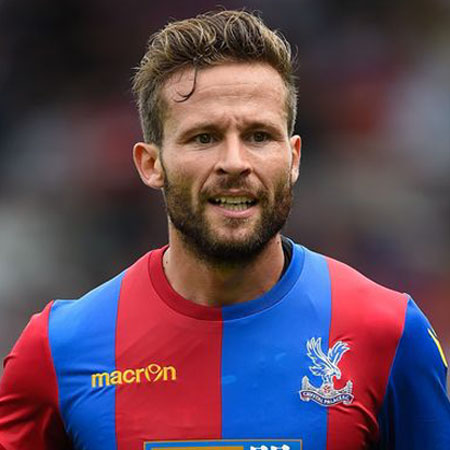 Yohan Cabaye is a French Footballer. He was born in 14th January in the year 1986 .He was born in France. His current team is Paris Saint. Apart from that he is also involved in French nation team where is was actually a central midfielder. He played the game wearing Jersey No.4. He is basically very popular for his excellent vision and is ability to make free-kick and control ball properly. He is basically inspired by his father who happen to be himself a professional footballer

He started his football career as a player for hometown club Tourcoing FC when he as just 6.He was a very passionate football player from his childhood. Later after 7 years of training and developing in the Club’s youth Academy he joined professional club Lille. He made Lillie win in his debut game and later also helped his club win 2004 UEFA Intertoto Cup. Under the manager Rudi Garcia he got a wonderful chance to make his development more professional and later in 2009-10 he gave the best performance of the season with around 15 goals he scored. For 2010-2011 he started to be a part of the Lille Team that won the league and cup double. He later in 2011 June joined New castle United for 5 years contract. On the January 2014 the team of new caste bought Cabaye .He has not only made contributions in the club game but also nationwide he has appeared in U-16,U-18,U-19,U-20 and U-21level football. He had played on the team who won 2005 European Under -19 Football Championship. With U-20 team he played the 2006 version of Toulon Tournament. For U-21 he has also accepted the responsibility as a captain of the team. Later in 2010 she entered in the Senior Team for the first time. His international debut was on 2011 against Norway

He was born in the area of Tourcoing .His father name is Didier and he was also football player. His father was 16 when he joined the club of football. He has a younger siblings named Geoffrey who is also a footballer and he is playing in Belgian Second Division. HisSpouse name is Fiona whom he got married to after a long history of dating. He has two daughters .He calls himself a Roman Catholic and his height is 1.74 m and weight is 68 kg.