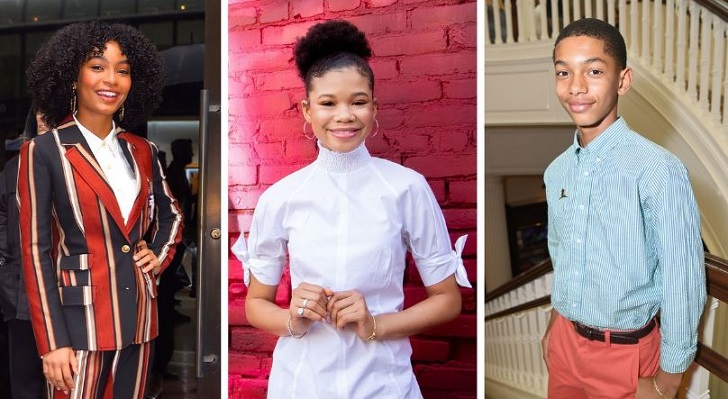 Sayeed Shahidi and his girlfriend, Storm Reid is now set to go like a prom couple this year. Sister, Yara Shahidi helped out her younger brother with his dating life. Yara posted a sweet moment of her brother to her fans and followers with a post showing Storm Reid holding a sign, Sayeed's proposal. 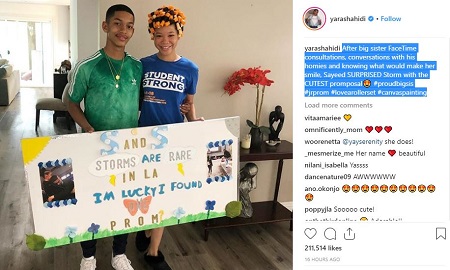 Storms are rare in LA. I'm Lucky I found One.

It is captioned saying,

After big sister FaceTime consultations, conversations with his homies and knowing what would make her smile, Sayeed SURPRISED Storm with the CUTEST promposal #proudbigsis#jrprom #lovearollerset #canvaspainting

Storm Reid also shared the that they would go for the dance through her Instagram with the same post-Yara shared.  She has captioned the image,

The brother of Yara Shahidi also commented on the post of her love saying,

Sayeed also posted the same picture on his Instagram and captioned the image saying that he feels lucky to go his first prom with her. Caption goes like this,

So lucky I get to go my first prom with her!

It seems the couple shared mutual feelings towards each other. Well, Sayeed Shahidi asked Storm Reid to Homecoming back in 2017.