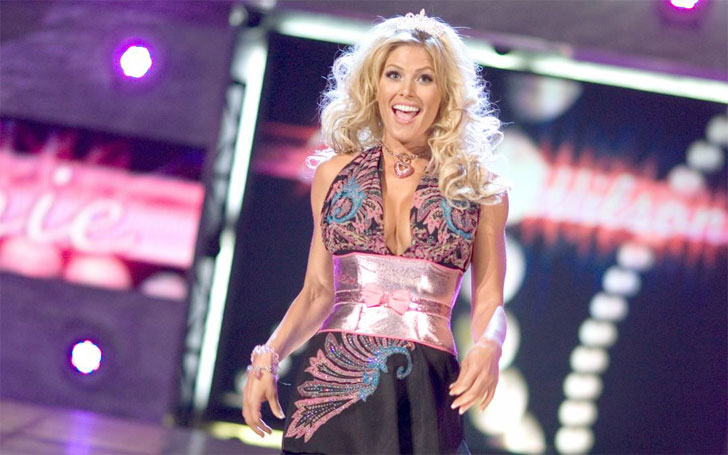 The former WWE star Torrie Wilson is unmarried. She was previously married to fellow wrestler Billy Kidman. What is she doing these days? Has she moved on in her life?

We have all exclusive details about her current affairs plus dating history, here.

What is Former Fashion Model Torrie Wilson up to These Days

The former fashion model Torrie Wilson, who recently turned 41, is popular for WWE and WCW. Currently, she is unmarried and focusing on her professional life. She recently shared her latest photo shoot pictures via her Instagram.

Torrie frequently posts her wonderful moments on her Instagram. If you explore her Instagram, you can find out how she is still physically fit, even at 41.

She was previously married to pro wrestler Billy Kidman and dated few Hollywood celebs. But currently, she is not dating anyone.

Former WWE star Billy Kidman introduced Torrie Wilson in the wrestling industry in 1999. The duo started dating since then and ended up getting married in  2003, it took them a few years to get there.While their marriage lasted they were one of the iconic couples of the WWE.

Unfortunately, the couple separated in 2007 and their divorce was finalized after a year. You wish they’d have stayed together because nine years is one hell of a commitment – it’s never nice to see marriages that lasted so long fail.

After her divorce, Torrie left WWE because she had several problems with Kidman. Then Torrie dated another pro wrestler Nick Mitchell for next four years.

After separating from Nick Mitchell, she began dating Yankees Baseball star, Alex Rodriguez in late 2011. The couple was often seen together in several events and functions. However, in February 2015, Rodriguez announced that he was no more with Torrie. According to Daily Mail, Rodriguez separated from her due to his close relationship with ex-wife Cynthia Scurtis – whom he has two daughters with and divorced in 2008 but had remained close.

After separating from Torie Wilson, Rodriquez began dating another popular singer Jennifer Lopez. And the couple is still together in their relationship. But, Torrie has not been seen with any guy after Rodriguez.

For updates on the topic and fresh celebrity news, keep coming back to Article Bio.