Who Are Stephen Belafonte's Parents? Details Of his Personal Life Including His Relationship With Former Wife Mel B 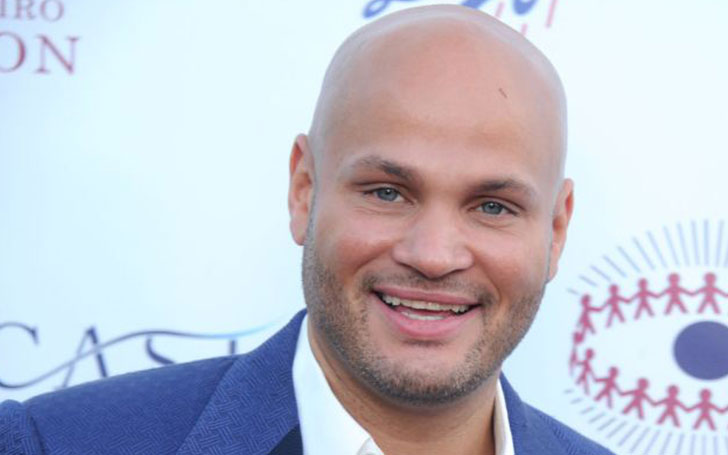 Stephen Belafonte is among the few people who are famous not only through his work and success but also for his affairs. Whether his relationship with former wife Mel B or the confusion regarding his parents, the American film producer is always on the news.

Today in this section we have tried to give you every detail related to talented yet controversial  Belafonte. Stay with us!!

Who Are Stephen Belafonte's Parents?

Like many people out there, if you also think Stephen Belafonte is the son of Harry Belafonte, King of Calypso one of the most successful American singer and Jamaican pop star of the history-You are absolutely wrong!!!

Yes, they have the same surname, but they are not related to each other in any other way. Stephen was born to parents; father Thomas Stansbury and mother Sherly Stansbury.

Actually, his name birth name is Stephen Stansbury but he officially changed his last name to Belafonte during his university days which was disclosed by his ex-wife Mel B. Though except for the names he has not disclosed any information about his parents.

Stephen Belafonte is currently a divorcee who moved on and is enjoying life with his new girlfriend, Jessica Rich. Rich is a famous TV host and fashion designer. The power couple was seen on a romantic dinner date in March 2018.

Before, he was married to Mel B ( Melanie Brown ) in a secret ceremony on 6 June 2007 in Las Vegas and renewed their vows in Hurghada, Egypt on 8 November 2008 in front of all the family members. The couple is blessed with an adorable daughter Madison Brown Belafonte born on 1 September 2011.

CAPTION: Stephen Belafonte and Mel B SOURCE: The Sun

They both eventually parted away in December 2016 which was revealed after Mel filed for divorce in March 2017. The reason for the separation was due to emotional and physical abuse on Mel. On 15 December 2017, the divorce was finalized. It was reported that Mel paid Belafonte £30,500 a month as emergency spousal support.

Prior to Mel B, in 2004, he dated a model, Nicole Contreras from whom he has a daughter, Giselle Belafonte.

Firstly, he was in the marital relationship with Nancy Carmell in 1997, however, the relationship only lasted for 2 years and divorced in 1999.