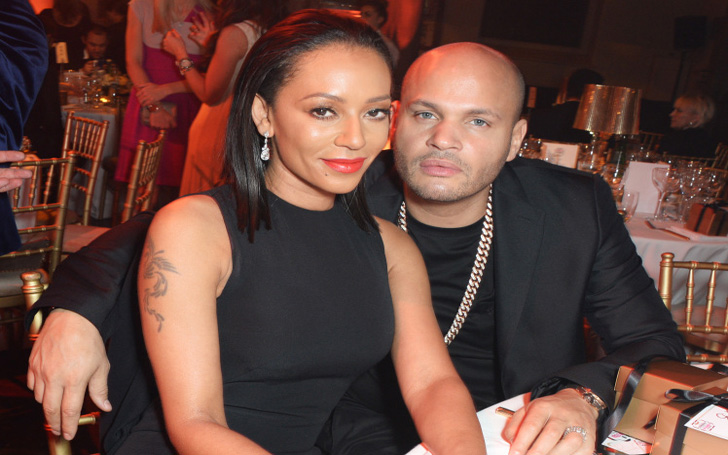 Adele’s favorite Spice Girl, Mel B, is going through one of the ugliest celebrity divorces. She filed for divorce from her film producer husband Stephen Belafonte in March 2017. But before the divorce could finalize she is facing a whirlpool of tough situations!

Mel B has gotten a restraining order against her husband Stephen to keep him away from her and her kids.

Why Did Mel B file a restraining order against her husband?

Mel B recently made claims that he was a sexually abusive husband who beat her up and even got her nanny pregnant!

The Spice girl filed for divorce shortly after her father passed away. How worse could it get? The restraining order states that Stephen is to stay away from Mel and her three daughters.

Mel B married Stephen Belafonte in 2007 after being in a relationship with him for 5 months. The recent divorce and abuse news comes shortly before their 10 year anniversary. Over the years Mel B has been seen with bruises in various parts of her body even during television appearances.

However, she always blamed the injuries on one or another form of accident. Turns out she was LYING! Those bruises were actually allegedly from her husband beating her up.

The story doesn’t end there! It has come to light that Mel has claimed her husband got her nanny pregnant and used her money, over $300,000 to pay the nanny for alleged ‘’nanny service.’’ Mel B has three daughters with Stephen Belafonte.

Allegedly Stephen brought a gun into the house and also chatted up the nanny, he is legally prohibited from carrying firearms as he has been convicted before for domestic violence with another woman.

And that is when Mel B dumped Stephen Belafonte, December 2016. Mel B filed for divorce in March 2017 and after two weeks of filing for divorce she got a restraining order against her husband, the order cites that Stephen used to get physically violent and aggressive during their 10-year marriage.

However, Stephen’s Brother, Jeremiah, 43 is claiming that all the drama happened because the couple decided to liven up things in the bedroom and jealousy entered the scene. However, photos of Mel B’s bruises over the years tell a different story.

The highly professional and now turns out the highly patient Mel B is going through some tough situations at the moment. Let's hope things settle down for this diva!