Who Is Sean Spicer' Married To? His Married Life And Children 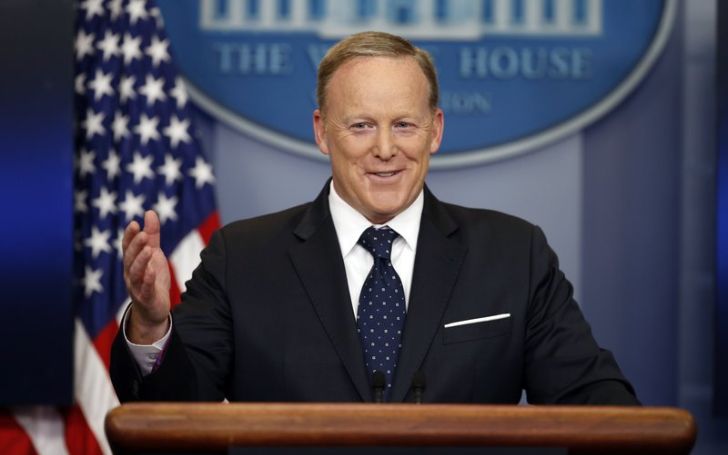 Sean Spicer is an American political aide who is also the contestant of Dancing with the Star season 28. He was the Communication Director of the Republican National Committee for 6 years and chief strategist for two years. Moreover, he also worked as the 28th White House Press Secretary and Communication Director for Donald Trump in 2017.

Who Is Sean Spicer Better Half?

Sean has been married to Rebecca Claire Miller for quite some time. His wife is a senior vice president, Communications and public affairs for the National Beer Wholesalers Association and former Associate Directors of Communications at the White House just like Sean Spicer. 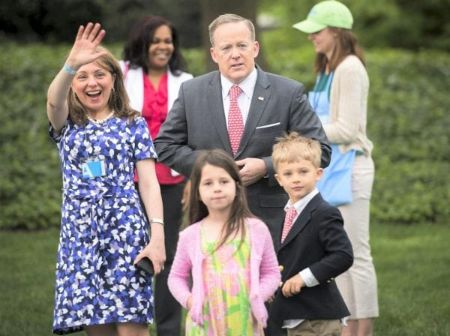 The couple walks down the aisle on 13th November 2004 at St. Alban's Episcopal Church in Washington, D. C. Its been a more than a decade since they got married and are enjoying a happy bond of marriage as a fresh couple.

The husband-and-wife are blessed with two kids, a son and a daughter with whom they live in Alexandria, Virginia.

The 48-year-old White House Secretary was not dating anyone publicly before he started dating his current wife Rebecca. Before getting into the political job, Spicer was serving as a Navy officer, so he might have rarely got time to get into a romantic relationship.

Sean Spicer In Dancing With The Stars

Sean has made his debut in the television as a contestant on the season 28 of Dancing with the Star. Sean is paired with Lindsay Arnold in the show. The show premiered on 16th September 2019. Lindsay Arnold is an American professional Latin and ballroom dancer.

Meanwhile, his first appearance on the dancing reality made a controversy for his dancing ability. Spicer, who only danced for less than a minute on the premiere episode was unable to win hearts of both judges and viewers.

Judges Carrie Ann Inaba, Len Goodman, and Bruno Tonioli weren't happy with his dancing skills and performance. However, Spicer is expected to make huge improvement on his dance moves during his time on the show.