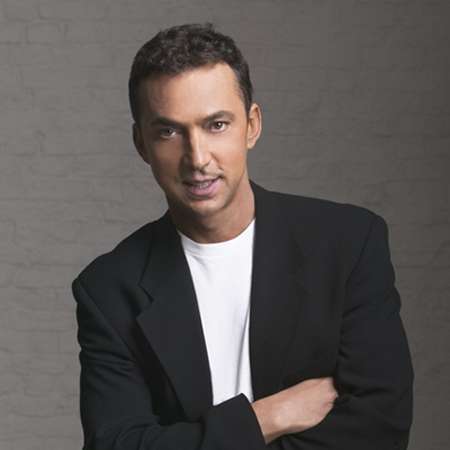 An Italian choreographer, Bruno Tonioli, is a professional dancer as well as a TV personality. He earned popularity appearing as a judge on the British television dance competition, Strictly Come Dancing.

He has worked as a choreographer for several music videos, stage shows, and tours for popular artists.

Bruno Tonioli was born on 25th November 1955, in Ferrara, Emilia-Romagna, Italy. He is of Italian nationality. He spent almost his entire childhood in Italy. He was a little different from other kids.

He loved dancing and spent most time choreographing. Bruno thus decided to become a dancer working in Italy. He was always supported by his parents when he talked about making dancing his career.

Bruno started as a freelance Dancer and worked for companies like La Grande Eugene and Lindsay Kemp Company. He then entered the music business where he began choreographing for music videos, stage shows, and tours.

During the time, he worked with artists such as Tina Turner, Sting, Elton John, the Rolling Stones, Freddie Mercury, and much more.

He also worked in many films and television series. He is currently the judge of Strictly Come Dancing and Dancing With the Stars as well as Dance X and Dance War: Bruno vs. Carrie Ann. He is known for making rave quirky comments on the show which makes the show rather interesting.

Bruno Tonioli's Salary And Net worth

Bruno Tonioli's net worth is estimated to be a total of $10 million which depicts his huge salary coming out of his successful dancing career. He receives a salary of  $2.4 million per season of Strictly Come Dancing. People love his judgment on Dancing with the stars as well.

Bruno stands tall at a height of 5 feet 7 inches and is currently 60 years old. He is no way looks close to his current age. Bruno is admired for his healthy living.

He has a well-maintained face and figure. Bruno has a well-structured face and a masculine body. He is adored by his fans for his exceptional dancing skills.

Bruno with his killer looks has attracted many men as well as women towards him. He does not have a long dating history or rumors. Tonioli likes to keep his affair private. He is reluctant in speaking about his personal life in front of the public.

Bruno does not have a girlfriend. Bruno is gay and has spoken a lot about his sexual orientation in the media. He has also on many occasions, spoken about h 0phobic bullying. He had suffered from h 0phobic bullying when he was young. He is currently engaged to his longtime partner Jason Schanne since 2016.

The couple began dating back in 2000. They seem to be quite happy. They appeared among the paparazzi many times that year. The couple was cheered by both their fans when they announced their commitment after the wrap of Dancing with the Stars season 14.

Bruno is fluent in languages like Italian, English, Portuguese, Spanish as well as French. The bio of the very talented and handsome Bruno Tonioli can be found on various social media sites including Twitter, Instagram, and more.