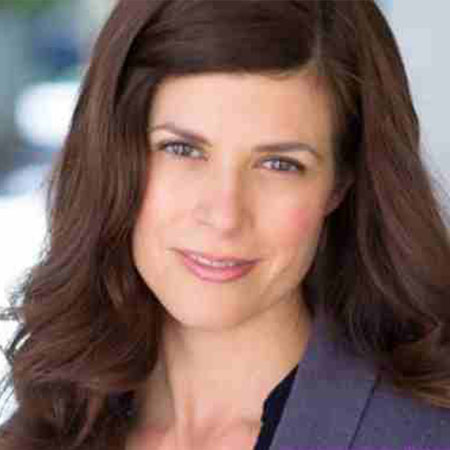 Do you believe love can change your fate? Though you might have mixed feelings for this, it's quite sure Wendy Madison Bauer has had her fate transformed after meeting her love Luke Perry. Her fate was all smiles until recently when her lover Luke Perry died of a ma s sive stroke.

The lover of late Luke Perry, Wendy Madison Bauer was born in 1974 at Beverly Hills, California under the zodiac sign Capricorn. She is an American by her nationality while as for her ethnic background, she is of Caucasian descent.

As for her educational background, Wendy is currently attending the Institue of Contemporary Psychoanalysis for a doctorate degree in Psychoanalysis. Before that, she earned her Clinical Psychology degree from the Antioch University in Los Angeles in 2011.

Wendy Madison's Career And Net Worth

As of 2019, Madison works as a licensed therapist, who runs private marriage and family therapy practices in Beverly Hills, with over 9 years of experience. After completing her education, she received an MFT 82020 Californian license to work as a family therapist.

Madison Bauer, 44 has a net worth of around $750 thousand. She earned all of her fortunes from her career as a family therapist. Also, let's not forget, previously she was an actress as well.

According to Psychology Today, the lady specializes in child or adolescence, anxiety, and self-esteem problems. Similarly, for her fee, she earns an average of around $170 to $200 per session.

Wendy was in the entertainment industry from 2004 to 2011. During that time, she had appeared in a number of small roles under the name Madison Bauer.

The late Luke Perry, in contrast, had a net worth of around $10 million at the time of his death in 2019. He earned his fortune from the movies and TV shows he appeared in before his demise.

As previously mentioned, Wendy Madison was in a romantic relationship with her partner Luke Perry before his untimely death. The duo was engaged during that time. The pair always preferred to keep their life to themselves.

In 2017, Wendy Madison attended the GLAAD Media Awards with Luke Perry. At the event, they held hands and smiled while posing for a photo. This was their first official appearance as a couple, however, every other detail regarding their love life was kept private.

The lovebirds Perry and Madison were quite happy together, however, disaster struck and the duo got separated for life. Luke died at the age of 52 years old on Monday Morning, March 4, 2019, at St. John's Medical Center in Burbank, California.

I have no words to express what I feel right now. Rest in peace my angel. I never met you but I always knew you were a kind, beautiful and an inspiring human being. I feel like I lost my best friend. Thank you for everything. I will miss you. My condolences go out to his family and friends. #lukeperry #riplukeperry #myangel #beautiful

Just 5 days before, Perry was hospitalized after suffering a ma s sive stroke. During the time of his demise, his family including his children, Jack and Sophie Perry, his mother Ann Bennet, stepfather Steve Bennett and his brother Tom Perry were all present at the hospital.