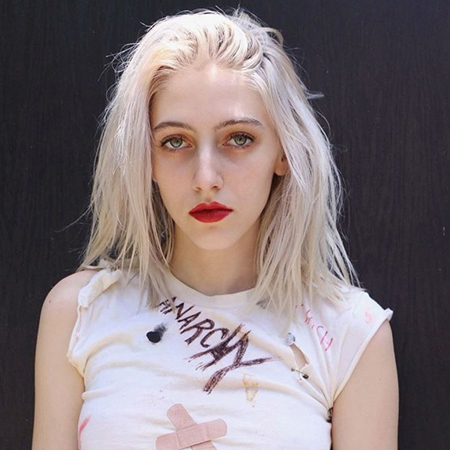 Violet Paley is an American writer, director, and actress. Paley writes articles for Playboy magazines as well as has appeared in several TV series and movies.

Paley is currently single and has not introduced anyone as her boyfriend.

Violet Paley was born in Los Angeles, California, the United States of America on May 14, 1994. Her birth name is Paley is Violet Leona Paley. American as per nationality and as far as her ethnicity is concerned, she is White.

Violet Paley made her Hollywood debut in 2014 with the movie, Pink Zone. Paley shared the screen with Jayne Sweet, Tiago Felizardo, Julian Brand, and Tara Leahy among others.

A year later, she appeared in Sex&Drugs&Rock&Roll with casts Elizabeth Gillies, Denis Leary, Elaine Hendrix, and John Corbett among others. Paley’s last movie was Chipped, directed by herself.

Writes an article for Playboy magazine

Along with acting, Paley is also involved in writing. She writes an article for Playboy magazine. She wrote an article about Fentanyl titled, ‘’Lil Peep’s Fentanyl-Laced Death Brings Light to the Lesser Known Factor of the Heroin Epidemic.’’

Paley publishes several articles on her account on the ‘’Medium’’, website. Some of her articles, The Psychological Damage to Women Trump Has Caused, 2016 and the Female Bush, and I Response to the Assault at Stanford were critically acclaimed.

Violet Paley might have an estimated net worth of thousands of dollars. However, the exact amount is not made official yet.

As per some sources, a playboy assistant editor earns an average salary of $40k-$49k. Paley writes articles for the magazine. Therefore, she might be receiving a salary around the same range as the editor.

Violet Paley is unmarried and has no children. Paley is a private loving person when it comes to her relationship and dating life. She prefers to hide her relationship from the limelight. Therefore, only limited information is available about her love life.

Paley has never introduced anyone as her boyfriend to date. So, it can be assumed that she might be possibly single in the present day. She is also active on social media like Instagram with thousands of followers.

Wrote an article against Trump

The actress is also anti-Donald Trump, For the website, Adolescent, she wrote the article titled “The Psychological Damage on Women Trump Has Caused”

“The election is over, she wrote. “Donald Trump is now President-elect. I don’t understand how this is possible, how this is allowed, how someone who openly bragged about illegal activities is permitted to lead the United States of America. I am hurt, heartbroken, angry, confused, scared, and depressed. I started writing this day before the election when I thought Secretary Hillary Clinton would undoubtedly be our next President.”

Apart from this, Paley came to the limelight after she accused James Franco of sexual misconduct.

Cute #TIMESUP pin James Franco. Remember the time you pushed my head down into a car towards your exposed penis & that other time you told my friend to come to your hotel when she was 17? After you had already been caught doing that to a different 17-year-old?

Paley along with other several ladies like Sarah Tither-Kaplan and Ally Sheedy also accused Franco of sexual misconduct.

The following day, she again tweeted about Franco’s apology to her and other ladies,

A couple of weeks ago, James offered me & a few other girls an overdue, annoyed, convenient phone “apology”. I don’t accept, but maybe some other people’s lives would be made easier if he donated all of his earnings from “The Disaster Artist” to @RAINN01.

Franco denied every allegation against him.

Anybody who can give me @violetpaley address I’ll give you a $1000 dollars, I'm going to teach these lying w***es a lesson.’’ ‘’You lying w***e wait till I find your fuc*ing address.

Not only this, she was abused by many people after which she made her account private.