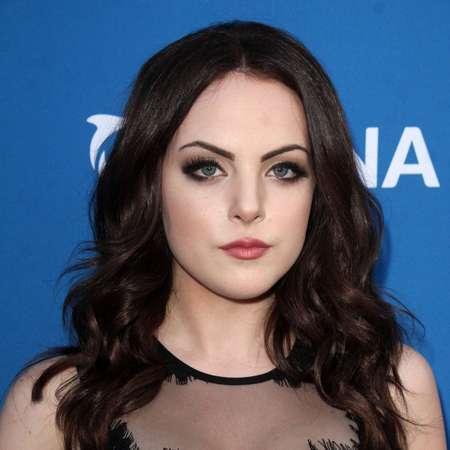 Elizabeth Gillies is an American actress as well as a singer who is better known as Liz Gillies. She is known for her portrayal of Lucy on Broadway's 13 and as Jade West on Victorious. She also played a role in the 2014 horror film Animal. She currently appears in the TV series Dynasty alongside Nathalie Kelly, Grant Show, Alan Dale and other stars.

Elizabeth Gillies was born as Elizabeth Egan Gillies on July 26, 1993, in Haworth, New Jersey, U.S. She belongs to White American ethnicity and holds an American nationality.

Gillies is the daughter of Gregory Gillies and Pamela Gillies. She has a younger brother named George Gillies. Her family has supported in every step of her life. Gillies joined Northern Valley Regional High School at Old Tappan.

Elizabeth Gillies began her acting career in 2005 when she went for an open casting call, and from there she began appearing in commercials for companies like Virgin Mobile.

In 2007, Gillies debuted in the television series, The Black Donnellys. The next year, she appeared in the movie called Harold as Evelyn Taylor and as Shelby Wexler in The Clique.

From 2008-2009, Gillies performed on Broadway as Lucy. In the year of 2009, she appeared in The Battery’s Down. From 2010-13, Gillies had a main role in the TV series, Victorious as Jade West. In 2010, she also appeared in a music video, Freak the Freak Out for the artist, Victoria Justice.

In the year of 2011, Gillies appeared in a short film, The Death, and Return of Superman. The same year, she also appeared in TV series like iCarly, Big Time Rush and voiced as Daphne in Winx Club (2011-15).

Gillies was also involved in music videos for Victoria Justice in Beggin on Your Knees, All I Want is Everything and Take a Hint and for Mickey Deleasa in Time in the Day.

During the year of 2011 and 2012, Gillies sang the duet songs with Ariana Grande titled Give It Up and Take a Hint with Victoria Justice from an album, Victorious.

In 2016, Gillies did a music video for herself titled Bang Bang. Gillies has a YouTube account named LizGilliesOfficial. She uploads the covers of popular songs like For No one by Lady Gaga, Father, and Son by Cat Stevens, One and Only by Adele and much more. She is currently engaged with her upcoming project Arizona.

Elizabeth Gillies is currently single. Previously, she dated Logan Miller from 2011 to June 2011. Logan is an American actor as well as a musician, well known for his role as Tripp Campbell in the Disney XD sitcom I'm in the Band and as Benjamin in The Walking Dead.

There is also a rumor that, Gillies having a secret affair with Matt Bennett but the news is not confirmed. Matt is an American actor and singer, best known for portraying as Robbie Shapiro in the Nickelodeon sitcom Victorious and for starring in the Will Ferrell-produced film The Virginity Hit.

There was much false news about Gillies having a boyfriend and buying engagement rings for engagement.

Gillies is also a dog lover and also loves to explore new places.

Elizabeth Gillies' estimated net worth is $3 million and has an annual average income of $300,000. Gillies has still a very long way to go in her career, so her net worth will be increasing in the coming year.