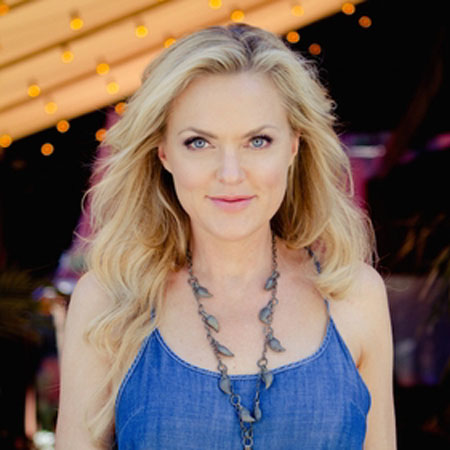 Elaine Hendrix is an American actress, producer, model, dancer, singer and activist who is most known for her roles in the 1998 remake of The Parent Trap and Inspector Gadget 2. Further, she is known for the 2004 documentary, What the Bleep Do We Know?

Katherine Elaine Hendrix, who is commonly known as Elaine Hendrix was born on December 28, 1970, in Oak Ridge, U.S. As far as her ethnicity is concerned, Elaine is White American and holds the American nationality. He parents are Mary Elaine DePersio and Thomas Hendrix.

At the time of her birth, her father, Thomas was out from home, serving in Vietnam. She has a brother named David Maher and a sister named Stephaine Smith. They both are married and have children.

Elaine was raised and brought up in Morristown, Tennessee. When she was fifteen years old her mother moved to Atlanta and she attended the Northside School of Performing Arts.

When Hendrix was enrolled in high school at that age, she won a model search, and along with the Gary Harrison Dance Co., she was able to raise her dancing career. She became a professional dancer. Then she began working as a professional dancer and models for several companies including Mattel, Levi’s, Nuke and Sun Microsystems.

Additionally, the proficient actress also worked for a number of hip-hop artists which includes MC Hammer, Whodini and Keith Sweat. During 1992, she moved to Los Angeles, California to pursue her further career but was unsuccessful due to a bike accident.

After that, she was cast in a short-lived series, Get Smart. Moreover, she was seen in numerous series like Friends, CSI: Crime Scene Investigation, Ellen, and Joan of Arcadia. She had a recurring role on the show named Married…with Children, Lez Be Friends and User-Friendly. She appeared in the remake of The Parent Trap, a comedy movie co-written and directed by Nancy Meyers.

Apart from acting Elaine was also involved in social work. She is an avid animal rights activist and has been advocating animals since 2006. When Elaine is not busy filming, she travels throughout  North America and works with several organizations. She helps in the improvement of education, water, health, and transportation.

In the year 2012, Hendrix founded The Pet Matchmaker, an organization which contributes to rescue Foster and adaptation of homeless pets. Over and above, Hendrix serves as the US chapter of No to Dog Meat and serves on the board of Stray Rescue of St.Louis.

The promising actress is pretty uptight in sharing her personal details to the outer world. She is focused on making her professional career strong rather than building her love life.

During her stage of building a professional career, she moved to California where she was hit by a car while riding a bike. That accident ended her career as a model and dancer. Currently, the artistic actress is living a single and happy life and is still unmarried.

The Parent Trap actress, Hendrix is living a lavish life. Her movie, The Parent Trap made a box office collection of $83.89 million. Her net worth is estimated to be in millions of dollars.