Venezuelan-American Internet Personality Lele Pons, 22 Is One Of The Richest YouTubers-How Much Money Does She Make? Her Net Worth And Earning Sources 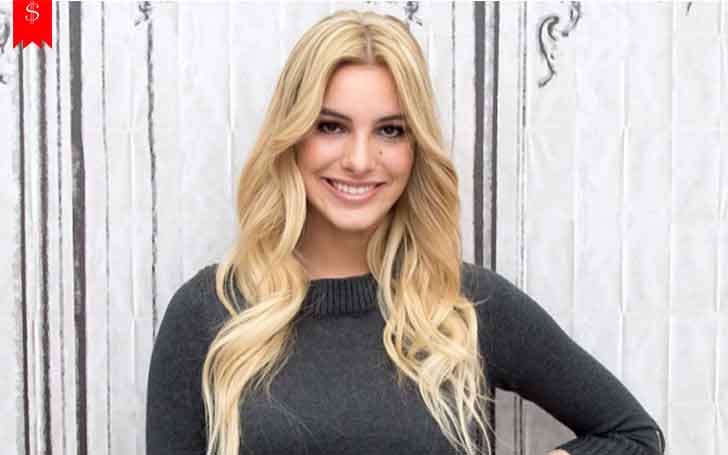 A Venezuelan-American internet celebrity and comedian Lele Pons rose to fame in 2013 after she began posting videos on former social media app Vine. She grew to become the most watched and followed star on the Vine, and after Vine shutdown in 2015- she created her YouTube channel and began uploading videos there.

She has amassed 10 million + subscribers on her channel as of 2018. This is quite a big achievement at the young age of 22, isn't it?  How much net worth has she accumulated so far? We have all the details here.

The internet celebrity and comedian Lele Pons is one of the popular names in the social media world and she makes a hefty amount of money from her career.

According to the Celebrity Net Worth, her net worth is $3 million as of August 2018.

Pons has endorsement deals with several global brands like CoverGirl, Gabbana and Walked for Dolce.

Lele Pons also earns decent money from selling her merchandise stickers, T-shirts, Pants and mobile case. She co-authored a teen novel, Surviving High School: A novel, with Melissa de la Cruz.  The book is available on Amazon on $8.98 for paperback copy and $12.99 for a hardcover edition.

Venezuelan-born social media personality became popular in a short time with her comedic skills and performance. She was the first Viner to reach one billion loops. Pons also became the most followed Viner of all time before it's shut down in 2016.

After that, she moved to YouTube and Instagram and started uploading her skit videos there. Pons is most popular among the teenage audiences and most of her videos are made for the younger generation.

After gaining popularity from the social media, she launched a jewelry collection named UNO Magnetic in 2015. Pons published her first novel with Melissa da le Cruz in 2016.

She has also worked in a number of movies and series and appeared in music videos. In 2016, she appeared in a lead character in a romcom film We Love You which released on YouTube Red. Pons also acted in the first episode of MTV’s horror TV series, Scream.

In 2018, she made a guest appearance in a TV series Amigos.

In May 2018, Pons released her debut single Dicen- a Spanish-language duet with Matt Hunter. The video garnered 10 million views in just four days.