How Old is Vanessa Morgan? What is her Height?

Vanessa Morgan was born Vanessa Morgan Mziray on March 23, 1992, in Ottawa, Ontario, Canada, to an African father and a Scottish mother. She is 28 years old at the time this is being written and has a billed height of 5 feet 2 inches (1.57 meters).

Morgan attended Colonel By Secondary School in her hometown of Ottowa and graduated in 2010. She went on to pursue a degree in philosophy at Queen's University in Kingston, Ontario.

Morgan began singing when she was six and won several singing competitions including the 2000 African-American Vocal Competition. She also won the Junior Miss America pageant in 1999.

Vanessa Morgan made her acting debut in the 2000 VH1 movie A Diva's Christmas Carol. After seven years away, Morgan re-debuted as an adult and landed her first major TV role as Amanda Pearce in the Canadian teen comedy series The Latest Buzz.

Morgan became known for her work on television, particularly as Sarah Fox in the Canadian comedy horror series My Babysitter's a Vampire, Beatrix "Bird" Castro in the MTV teen drama series Finding Carter, and Lyria in the MTV fantasy drama series The Shannara Chronicles. 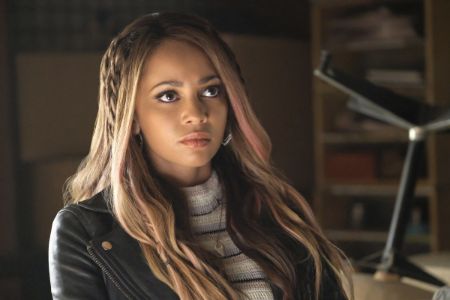 Since 2017, Morgan has played Toni Topaz in The CW teen drama series Riverdale starring KJ Apa, Lili Reinhart, Cole Sprouse, Camila Mendes, and Madelaine Petsch, among others. Morgan's character was introduced as a recurring character in the second season. She was promoted to the main cast beginning in the third season.

Is Vanessa Morgan Married? Does She Have Children?

On January 4, 2020, Vanessa Morgan tied the knot with her boyfriend, the American baseball player Michael Kopech. Morgan had been dated the Chicago White Sox pitcher for nearly two years. They got engaged in July 2019 and married six months later. 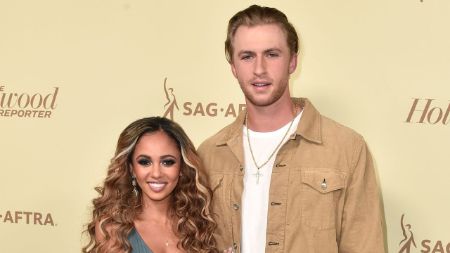 On June 19, 2020, Kopech filed for divorce from Morgan, although the reason has not been revealed. Amidst the divorce proceedings, Morgan revealed on July 24, 2020, that she was pregnant with Kopech's child.

What is Vanessa Morgan's Net Worth?

According to celebritynetworth.com, Vanessa Morgan has a net worth of $1 million. The Riverdale and Shannara Chronicles actress made her on-screen debut in 2000 and in the 20 years since she has been seen in nearly as many films and television shows. As an actress, Morgan makes her wealth from her TV and movie appearances, social media presence, media and public appearances, and brand endorsements.