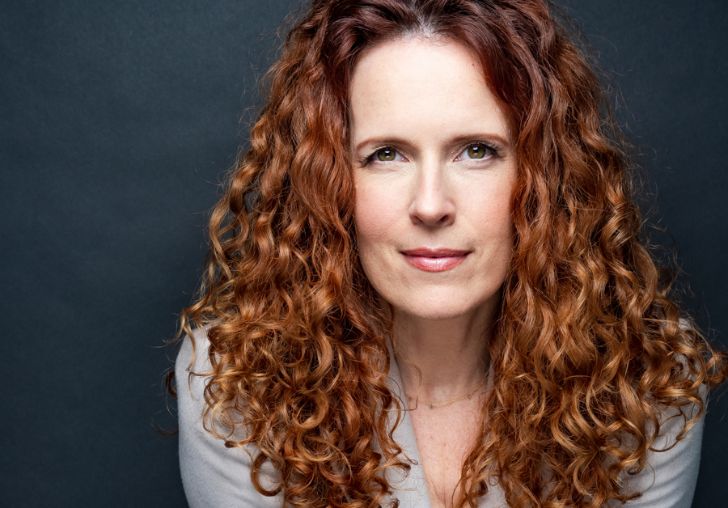 Born in a family with an acting industry background, Ursula Whittaker, an American actress is also famous for her prominence as a writer, director & producer. Professional for over 2 decades, the Los Angeles native has worked in notable TV series Malcolm in the Middle (2003), Medical Investigation (2005), Veronica Mars (2005), Grey's Anatomy (2009), and Prime Suspect (2011).

Whittaker's career began as a stand-up comedian & briefly worked as a monologist (some of her work are even published in The Los Angeles Times Magazine). Later, she transited to an acting career & initially worked as a background actor before diving into TV fame.

When Is Ursula Whittaker's Birthday? Her Age?

Ursula Christine Whittaker was born in Los Angeles, California, the USA. Regarding her birth details, she is pretty low-key and is a s sumed to be in her 50s in 2022. An American by nationality, Ursula hails from a white ethnic background.

Whittaker's father Chris Whittaker is a former producer while no confirmed detail on her mother's identity is out yet. Reportedly, when Ursula was a child, their parents divorced. Then, her mother married the now-late songwriter/producer Terry Melcher, which made Ursula the step-granddaughter of Dorris Day, the Presidential Medal of Freedom-winning actress.

Reportedly, one of her grandfathers was Academy Award-winning screenwriter Harry Brown, while another was actor Glenn Dixon.

Raised in Los Angles, Ursula Whittaker enrolled at the University of Southern California and graduated with a BA in American Literature and a minor in Film/TV.

Before landing in the TV career, she worked as a stand-up comedian for several years & also, got her hands in writing as a monologist; her work is published in The Los Angeles Times Magazine. Thereafter, Ursula began to work as a background actor & dancer.

Even though Whittaker was cast in the 1992 film Hoffa, she was uncredited for the role & marked her professional acting debut in 2000 through the short film Might as Well Be Swing.

In 2010, Ursula Whittaker was cast in a brief role in TV series The Forgotten (2010), Private Practice (2010), and Today's Temp (short-film). The same year, she worked in the movies: Bold Native and A Numbers Game.

Over the years, the LA-born actress has shared the screen with many Hollywood figures such as Ellen Pompeo, Chandra Wilson, Bryan Cranston, Kristen Bell, Jason Dohring & others.

After appearing in the crime-drama series Prime Suspect (2011), Ursula saw a 5-year hiatus & returned to the TV screen in Veep (2016). Ever since the American actress is yet to many on-screen appearances.

How Much Is Ursula Whittaker's Net Worth In 2022?

According to online sources, the Veronica Mars actress has an estimated net worth of $260,000 as of 2022. Whittaker was worth $250,000 back in October 2020. Professional since the 2000s, the American actress records 24 acting credits (TV series & films) that generated her a considerable sum of money.

Although she never landed as a major cast, the numerous appearances in acclaimed TV series Grey's Anatomy, Veronica Mars, and Malcolm in the Middle, collectively aid in her fortune growth.

The Celebrity Net Worth reports that her husband Oscar Nuñez, an actor, owns $3 million net worth meanwhile.

Married Life With Actor Husband- Do They Share Children?

Currently, Ursula Whittaker lives with her husband Oscar Nuñez. Nuñez is an American actor famous for her work in NBC's The Office. Although Ursula and Oscar are yet to announce their relationship beginning details. As reported, the couple married on May 21, 2011, and is together ever since.

Together, they share a child, a daughter named August Luce Nuñez, who was born on October 4, 2012.