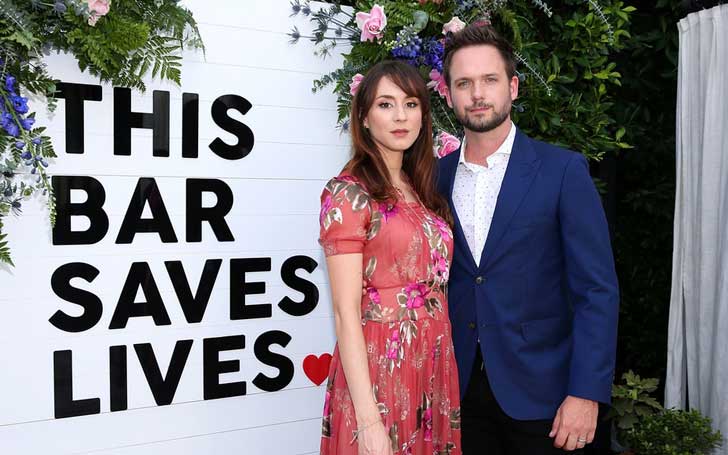 Congratulations are in order for Troian Bellisario and Patrick J. Adams. The celebrity couple is expecting their first child together.

The Pretty Little Liars alum, Bellisario, and the Suits actor appeared together in May 2018, when they attended the Royal Wedding of Prince Harry and Patrick's on-screen wife Duchess Meghan Markle, E! broke the news. 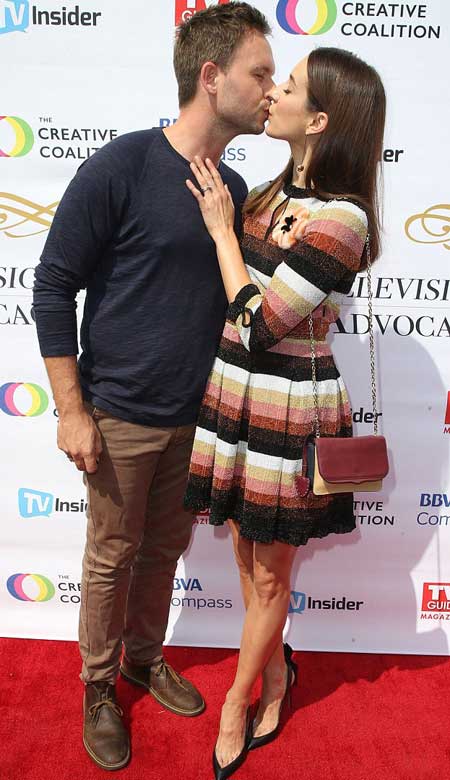 People have speculated about Bellisario's pregnancy in late May after the actress was seen covering her growing baby bump in a chocolate brown one-piece while she enjoyed her time with husband Adams on a beach in Mykonos.

After the appearance, the actress stayed away from the media and she rarely posted photos on her social media.

Adam and Bellisario started dating after their first meeting in 2009 when they came closer after they were starred together for a play. The couple dated for around five years before they became engaged in 2014.

Two years after their engagement, they tied the knot in a glamping-themed wedding in Southern California in December 2016. 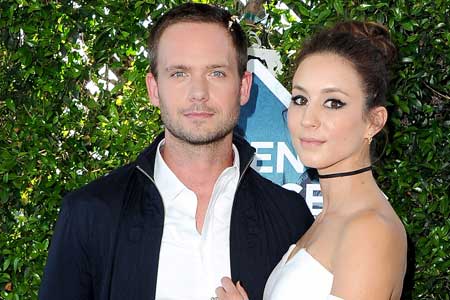 Adams left the famous USA Network series, Suits at the end of its seventh season saying he wanted to spend time with his wife. In a conversation with The Hollywood Reporter, Adams said,

After seven seasons-really, eight years of being away from home and away from my now-wife and there was that pressure.

At the moment, I'm interested in taking a break. It's nice to be home. It's really nice to be with Troian, our dogs and to take the time to figure out exactly what shape I want to take my career after this.

Congratulations to the delighted couple. However, the couple is yet to announce the upcoming arrival of their first child.