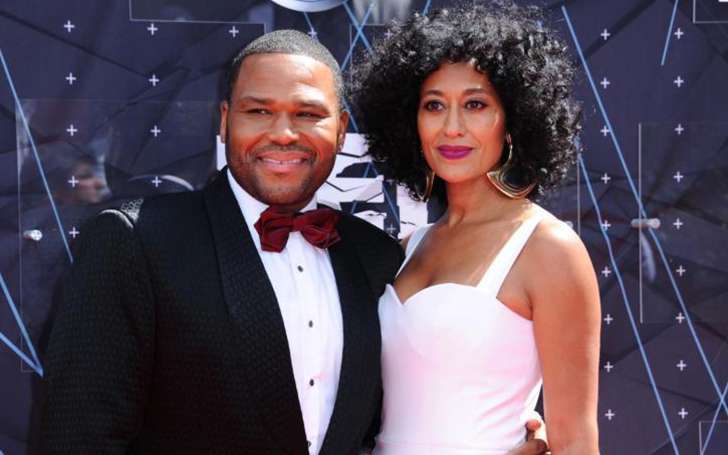 A native of Los Angeles, California, Tracee Ellis Ross is an actress, comedian, producer and a television host. She is widely recognized for UPN/CW comedy series, for which she won two NAACP Image Awards in the category of Outstanding Actress in a Comedy Series.

Robert Ellis Silberstein’s daughter, Tracee Ross is the frequently searched face within Google and the social networking sites. Is the Primetime Emmy Award winner, Tracee Ellis Ross single or married? On board, we’ll discover the details of her affairs and relationship in detail.

The fashion editor of ‘Mirabella’ magazine is still single. As far as we know, Tracee is highly sincere to her career. The 44-year-old gorgeous tv personality is not married till date. Ross has managed to stay quite mysterious as far as her romantic life is concerned.

The award winning tv personality is often spotted with her co-star, Anthony Anderson in public since 2014. Tracee easily gets along with male friends but she has never talked about boyfriends. She's quite the secret keeper, isn't she?

Tracee and Anthony first met fifteen years ago but weren't professionally connected then. They used to joke about how they’re going to kiss on the sets of Black-ish.  According to reports, Tracee and Anthony’s relationship is going great on and off camera.

Most recently, Tracee had some fun with her Black-ish co-star while walking the red carpet at the 2017 ABC Upfronts on 16th May at Lincoln Center in New York  City. The stars were joined by their cast mate Anna Deavere Smith. Other attendees at the event included Jeff Garlin.

Oliver Hudson and Jenna Fischer from ABC’s new series Splitting Up Together were also in attendance. In addition, Anthony Anderson smooched his on-screen wife, Tracee Ellis Ross’ shoulder at ABC Upfront event in New York. Ross yelled with delight as Anthony puckered up as they posed together at the event.

However, it was not always this cute between these two, Tracee Ellis has revealed that she hated Anthony before Black-ish.

“I hated him. “I hated him and I had a justified reason. I will describe Anthony this way. “Anthony has a heart of gold but it’s covered in shards of glass. No, I’m serious. If you come at him you will get cut. And if you’re somebody who thinks they can say, ‘Well, I didn’t like that you did that…’ You’ll only get cut more.”

Imagine coming from such a difficult place to being such great friends on and off screen now. Kudos to the couple! This post will continue to be updated, keep coming back to Article Bio. We love you.