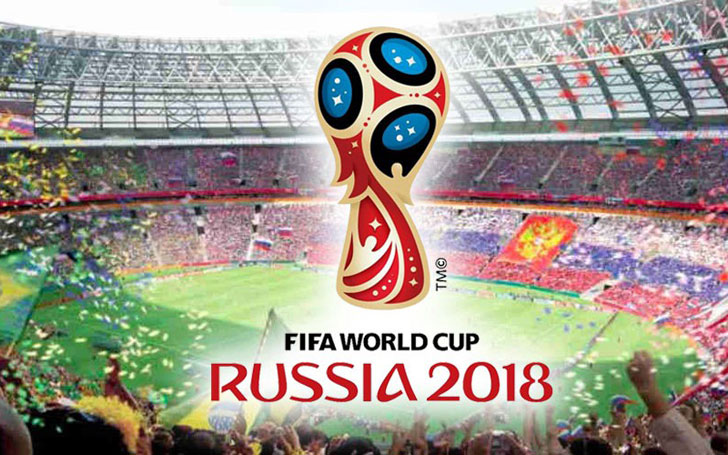 The wait of four years is almost over!!! Most of the teams have yet to announce their final squad for Russia World Cup, however, analysts have already started to make their prediction on the teams' as well as players' performance.

On today's episode, we are exploring a list of seven young players to watch out for the upcoming football festival.

Germany has always been the contender of World Cup, and if they are going to defend the trophy in Russia, Timo Werner will be the key player. The 21-year-old German forward has already proven his worth to the team by guiding the Germans to Confederations Cup Triumph in June 2017.

The 1.81m (5.93 ft) tall footballer currently plays with the German national league team  RB Leipzig and has already scored 11 goals in running season of Bundesliga. Werner's fascinating finishing skills might win him the Golden Boot award and who can blame him for being ambitious.

South Korean and Tottenham Hotspur winger Son Heung-min's performance for his national team and club is phenomenal. Russia world cup will be Min's second world cup, and particularly his performance will define how far will South Korea go in the tournament.

Min was one of the few players who was praised by the critics for his performances at the 2014 World Cup. His performance at 2015 AFC Championship was phenomenal; especially his 2 crucial goals in their defeat of Uzbekistan in the quarterfinal. Min has already scored 11 goals for Tottenham this season.

At the age of just 24, the Polish footballer Arkadiusz Milik has gained attention from the football managers. The Napoli striker has represented Poland in the UEFA Euro Cup 2016, where they made it to the quarterfinals.

Standing at 1.86m, Milik's performance would be crucial for Poland's world cup campaign along with the Bayern Munich striker Robert Lewandowski. His performance was phenomenal when Poland registered their first victory against the world champion Germany.

Kylian Mbappe has won the hearts of football lovers across the world. He is considered as the rising sensation in French football and French league League 1 as well. Who can forget his performance in UEFA Champions League last season representing AS Monaco? He scored 6 goals, taking the club to the semifinals for the first time since 2004.

With his skill and ability, it wasn't any surprise that League 1 giant Paris Saint-German signed him for a whopping transfer fee of around €180 million, making him the world's second most expensive player in world football after his clubmate Neymar Jr.

He is not only able to score goals but he can also rescue his team from critical situations as well. So, Mbappe's performance will be important in France's journey to the World Cup trophy.

England's record is not so good in World Cup except in 1966 when they won the trophy. England couldn't make their way above quarterfinals in last 6 edition of the World Cup and this time, they definitely have their eyes on the trophy.

England should display outstanding football in all three field; forward, midfield and defense and Dele Alli will be the key player to handle their midfield. Born as Bamidele Jermaine Alli currently plays as a midfielder for Tottenham Hotspur.

The 21-year-old midfielder is a rising sensation of the Premier League and England football. He has already scored 6 goals and played vital roles in 9 goals this season.

The five times' World Champion Brazil would be seeking for their sixth World Cup trophy this year. With Neymar's uncertainty of being fit before World Cup, Gabrielle Jesus will be the beam of hope for the Brazilian football team.

Jesus' scoring level is appreciably well both in the premier league and national football. He has been a frequent choice in starting eleven of Pep Guardiola whereas the Brazilian football isn't taking any risk by playing without him.

Jesus has to play like his number one role model, Ronaldo, who played a vital role in Brazil's 2002 world cup claim. All the Brazilian football lovers see a bit of Ronaldo in him in recent years but we have to see if he can perform for his country as his role model did in 2002.

Egypt is back in World Cup after 28 years and we can say it is due to their key player Mohamed Salah. 1990's Italy World Cup was the last time when Egypt, the first country to represent Africa in the world cup, played the world cup.

The 25-year-old Liverpool striker scored five goals in last six games in the final rounds of WCQ, including the late penalty which took them to Russia. Starting with the Swiss club Basel, Salah joined Liverpool in June 2017 and in the first season with the club, he has already scored 28 goals in the premier league and is the leading scorer.

Egypt greatly relies on Salah's performance and his class will define how far the team will reach in the 2018 World Cup.