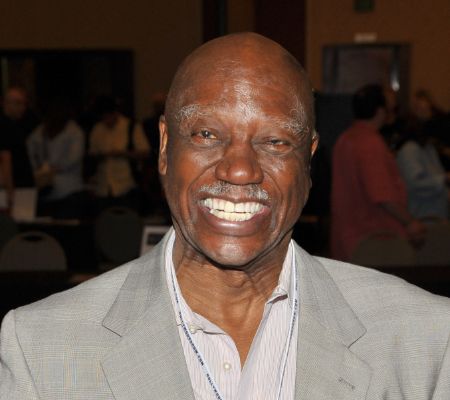 Anthony Mabron Burton, professionally known as Tony Burton, was an American actor and a boxer. He gained prominence with his role as Tony "Duke" Evers in the Rocky films.

Burton was born on March 23, 1937, in Flint, Michigan. He stood 6 ft (1.83 m) tall and spent his early years in Michigan with his parents and siblings. Tony had four brothers and four sisters. His younger sister was named Loretta Kelly.

He graduated from Flint Northern High School in 1955 and was a Michigan Golden Gloves heavyweight boxing champion and two-time all-state football player. Tony also earned his degree from the University of California while serving his time in prison.

Who was he married to? Wife & Children

Burton was married to Aurelain "Rae" Burton for over three decades. They tied the knot in 1980 and remained together until his death in 2016. Both lived a private life, and nothing much is known about their married life.

The two probably knew each other since the early 70s. According to their daughter, Juanita, both first met when Burton was working on a side job of repairing televisions while trying to find regular acting work.

Together, Tony and Aurelain had four children: two sons, Jomo Burton and Martin Burton and two daughters, Juanita Burton and Christal Burton. Martin died at the age of 43 on May 8, 2014, from a heart attack.

What was his cause of death?

Burton died on February 25, 2016, from complications of pneumonia at a hospital near his home in Sun City, California, at the age of 78. He is survived by his wife of 36 years, a daughter, a stepdaughter, a son, four brothers, and four sisters.

As per his sister, the former boxer had been repeatedly hospitalized during his last years and had not received a diagnosis in that time in spite of his failing health. His daughter, Juanita, also revealed that he was suffering from dementia.

What was his net worth at the time of his death?

According to Celebrity Net Worth, Burton had an estimated net worth of $1.5 million at the time of his death. He started boxing as an amateur with the Golden Gloves organization, eventually winning two Flint Golden Gloves light-heavyweight titles in 1955 and 1957.

Tony fought professionally in the light-heavyweight division from 1958 to 1959 before retiring after the death of his coach. He then relocated to Los Angeles and ended up getting in trouble with the law which led him to serve more than three years in a Chino, California prison for robbery.

While in prison, the Michigan native started becoming interested in acting after performing acting exercises as part of a therapy program. He decided to take a vocational training course in radio and television repair. “It took a while, but your life prepares you for these roles. If I hadn’t been a fighter, I probably wouldn’t have gotten the ‘Rocky’ roles. If I hadn’t been in prison, maybe I wouldn’t have gotten all those prison roles," he told The Daily Breeze in 1988.

He landed the role of Tony 'Duke' Evers in the 1976 sports drama film Rocky and continued to appear in its sequel over the years alongside Sylvester Stallone, Talia Shire, Carl Weathers, and Burgess Meredith. His acting credits also include roles in the film Stir Crazy, Hook, and various television shows.