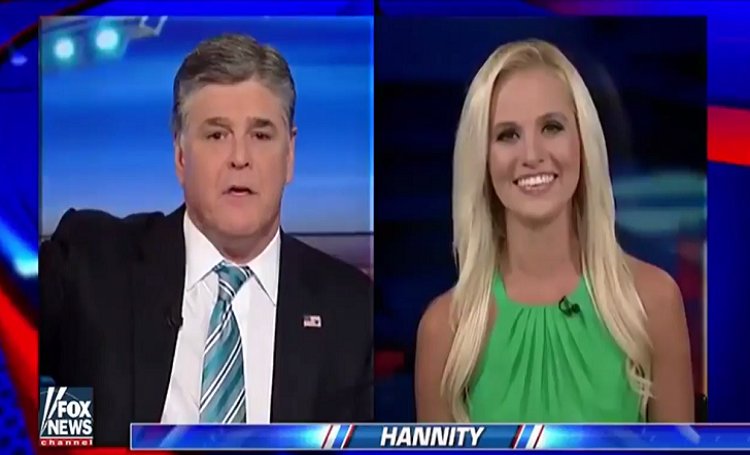 Voice of the conservative media, Tomi Lahren, is now an office contributor on Fox News. The cable news announced their new recruitment on Wednesday.

Since the announcement Tomi has already debuted on Fox News as a contributor-on the ''Hannity'' show at 10 p.m ET/PT. And Sean Hannity let  Tomi Lahren go first. FNC, earlier, said Lahren will have an important role in the network's upcoming digital lineup, and she will also offer political commentary, mainly on ''Hannity.''

Tomi Lahren became quite a sensation in the last year, her outrageous and energetic commentary on Glen Beck's TheBlaze made her viral. TheBlaze, however, suspended Lahren earlier this year after she expressed her opinions supporting abortion on ''The View'' leading to a lawsuit against Glen Beck and TheBlaze that she settled in May.

Lahren was also interviewed on The Daily Show by host Trevor Noah. Lahren who considers herself a voice for conservative America is now on the FNC which voices many of ''conservative America'' 's issue and supports President Donald Trump when no other media is doing so.

Tomi Lahren in Support of Trump

When Tomi Lahren got on FNC's Hannity with Sean Hannity last night, she spoke of Clinton's email and FBI's rationale for not looking into the issue. Lahren said the notion that Clinton's ''privacy somehow trumps our right know'' is objectionable and that FBI should turn over the thousands and thousands of former secretary of state's missing emails. Addressing to Hillary Clinton directly, Lahren said, '' I'm Sorry-your privacy rights are out the window.''

The graduate of The University of Nevada, Las Vegas, Tomi Lahren, went on about prosecuting Clinton and throwing her in prison cell. Using  her time on ''Hannity'', Lahren vowed that she won't stop pressing email issue until and unless Democrats and the media stop bleating, ''Russia, Russia, Russia.''