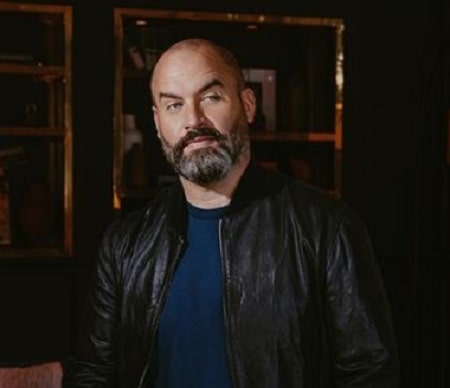 Tom Segura is an American stand-up comedian, podcaster, actor, and writer most known for his Your Mom's House and 2 Bears 1 Cave podcast.

The 42 years old comedian has been widely noted for his Netflix specials Ball Hog, Disgraceful, Completely Normal, and Mostly Stories. Besides, his diligent work in this field has helped him preserve a net worth that is in six figures.

Tom Segura was born Thomas Weston Segura on April 16, 1979, the son of an American father, Thomas Segura, Sr. and a Peruvian mother, Charo.

Apart from that, he is not only the child of his parents as he has two sisters. A native of Cincinnati, Ohio, Segura is a graduate of Lenoir-Rhyne University in Hickory, North Carolina.

He sharpened his craft in stand-up during evenings and held several day jobs to make ends meet.

Segura initiated his professional career as a stand-up comedian. He found success in that avenue and performed on such stages as the Melbourne International Comedy Festival. 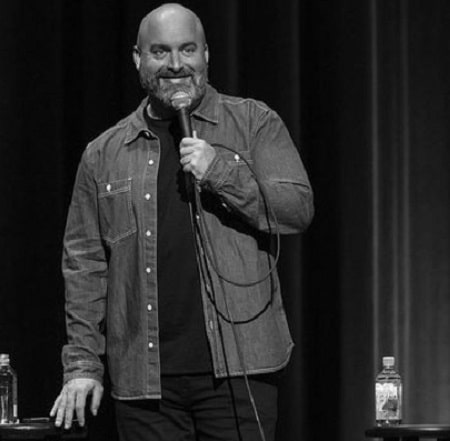 Since 2011, Segura has co-hosted the Your Mom's House podcast with his wife and fellow stand-up comic Christina Pazsitzky. The podcast is one of the most downloaded podcasts and covers a wide range of subjects with varied special guests from all aspects of the entertainment industry.

Segura also hosts the 2 Bears 1 Cave podcast with fellow comedian Bert Kreischer. Apart from that, he has also made a few television appearances, including in Hannibal Buress: Handsome Rambler, Instant Family, Countdown, The Opening Act, and Flinch.

Segura has known his now-wife Christina Pazsitzky since he was 23 and she, 26. Both aspiring comics at the time, they met at the Cat Club on Los Angeles' Sunset Boulevard.

They married sometime later and have been together ever since. The couple resides in California with their two children. Segura is the co-host of the Your Mom's House podcast with Pazisitzky.

Besides that, Segura's wife, Pazsitzky, is a Canadian-born American stand-up comedian, podcaster, writer, host and TV personality. She has had an active presence in this field since 1997 and has worked on various projects.

In early December 2020, Segura revealed that he had to be hospitalized following an injury he sustained while attempting some sort of a basketball challenge.

Also, Segura disclosed that he had broken bones and was essentially immobile. He is now healthy after the treatment.

According to Celebrity Net Worth, Tom Segura has a net worth of $12 million in 2022. But some other sources claim his net value to be around $15 million. It is clear that Segura has amassed a massive amount of money from his multiple works. The 42-year-old is the co-host of such podcasts as Your Mom's House and 2 Bears 1 Cave. He is also an acclaimed stand-up comic and has had several comedy specials air on television, including specials like Ball Hog, Disgraceful, Mostly Stories, and Completely Normal that are available to stream on Netflix.