Tim Burton Has a New Girl in his Life, Here's Who She is. Also, Burton's Complete Dating History Details! 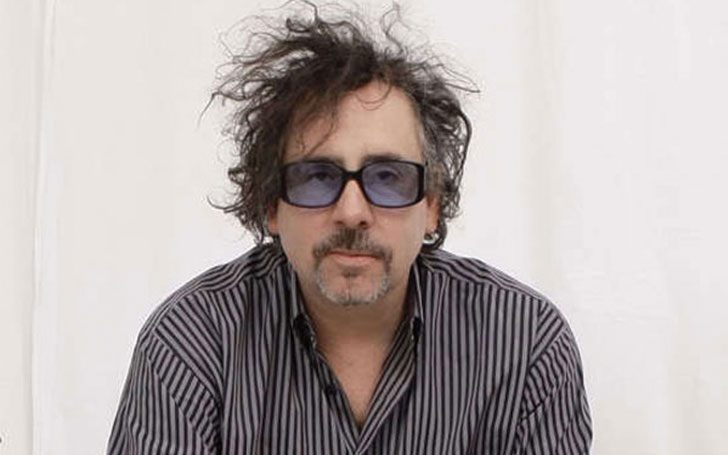 Tim Burton is once again back with his new Disney’s classic 1941 animated movie, Dumbo starring Danny DeVito, Colin Farrell, Eva Green, and Michael Keaton. With his many hits films including Beetlejuice, Planet of the Apes, Batman, Big fish, The Killers, and so on, Burton is recognized as a director with imaginative power.

Also read: How Much is Michael Keaton's Net Worth? Details about his Career and Home

Besides being a filmmaker, Burton is also a writer, animator, and artist. What is the current relationship status of the successful director? Who is his current girlfriend? We have some exclusive details:

Who is Tim Burton's New Girlfriend?

The 58-year-old film director and producer Tim Burton is rumored to be dating actress Eva Green since 2015.  Some sources claimed that they are dating and Green "seems to be his new muse", however, Green and Burton haven't confirmed their relationship officially to date.

Eva Green and Tim Burton's dating rumor started after they were spotted together enjoying a night in London where Burton appeared with his arm around the actress after dinner at a Japanese restaurant.

Though they have an age gap of about 22 years, both Green and Burton seem to be enjoying each other's company.

In an interview with Esquire, Burton expressed that Eva Green is beautiful from the inside, he said:

"Eva was not instantly knowable. There was something private and mysterious about her, and that’s not common in this day and age. People think she’s ‘dark,’ but she’s more interesting than that. "

Eva Green also appeared in films directed by Burton, Dark Shadows, and Miss Peregrine. She had previously expressed that she is a great fan of Burton and that she wanted to work with him.

Tim Burton was previously married to Lena Gieseke, a German-born artist. Their marriage lasted for about four years, the couple got divorced in 1991.

After his divorce, he was in a relationship with a model and actress from 1992. She was also cast in his films like Ed Wood and Mars Attacks!. They broke up in 2001.

Tim Burton was also in a relationship with his long-term girlfriend Helena Bonham Carter. They first met on the sets of Planet of the Apes in 2001.

Tim Burton has two children with her ex-girlfriend Helena Carter. They welcomed their first son, Billy Raymond in 2003 and a daughter, Nell, in 2007.

Despite being together for 13 years, the couple was never married. Burton and Carter broke up in December 2014.

The rumor of their breakup started after Burton was captured embracing a mystery girl near his home. Carter's rep claimed she was a part of their family and friends. However, later the couple announced their break-up in December 2014.

A source close to the couple, after their break up, said:

‘Tim Burton and Helena Bonham Carter separated amicably earlier this year and have continued to be friends and co- parent their children. We would ask that you respect their privacy and that of their children during this time.’

After breaking up from Helena, it was rumored that Burton was romantically linked to a production assistant, Berenice Percival.