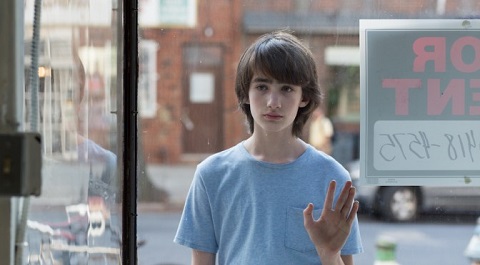 Theo Taplitz is an American actor, director and a writer well known for his role Jake Jardine in the movie Little Men directed by Ira Sachs alongside Greg Kinner and Jennifer Ehle.  He is also popular for the film True Places Never Are which he directed starring Nicholas Taplitz.

Theo Taplitz was born in 2003 in the United States to Daniel Taplitz and Iona Brindle. He is of White ethnicity and holds American nationality. He also has a brother named Nicholas Tapiltz, who works as production assistant and actor.

Tapiltz began his career in 2014 when he portrayed the role Freddy in the short movie F is for Freedom. He was not only an actor but also a director, costume designer, producer, camera operator, editor, and writer too.

After that, he directed and acted in several movies including, Cereal Killer, True Places Never Are, Sorry to Say, and The Blazing World. In 2016, Theo Taplitz appeared in the movie Little Men, as Jake Jardine. It turned out to be the breakout movie for him.

Taplitz talked about his experience during the movie shoot and about his career.

"Ira(director) taught me a lot of things, both about acting and film making, 'cause I also direct my own short films. Acting-wise, Ira taught me a lot about ''less is more.'' He kept on saying to me, ''Trust your emotions, and don't overplay anything.'' And I think because of those things the performance was a lot more naturalistic, and I will take those things for the rest of my acting career. And filmmaking-wise, he was very supportive, and let me go around and ask the crew about different things."

His most recent work includes Gringo, a dark comedy mixed movie. The movie is directed by Nash Edgerton, along with writers Anthony Tambakis, Matthew Stone.

Theo Taplitz earns a decent amount of money. He is a multi-talented personality who works as director, writer, and actor.  According to the source, a movie actor usually makes $52,000 annually on average, whereas a director for short movie can make $10-$30,000 on average. Considering his hard work and talent we can assume that his net worth is in six figures.

Theo Tapliz is very young for his age to get involved in love affairs. He is busy studying and building up his career.

Taplitz is very fond of music and he loves to sing and play guitar. He is often seen jamming with his friends.

Check out Taplitz jamming with his friends,