The Story Behind Nikki Sixx's Third Marriage, Details About His Previous Marriages and Children 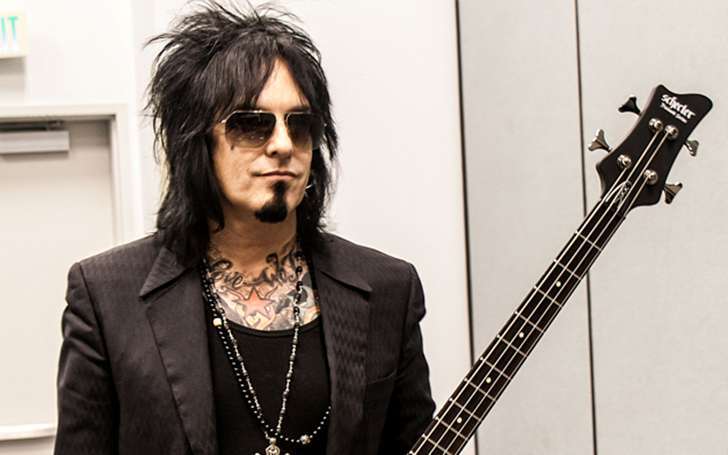 Nikki Sixx has walked down the aisle for the third time. This time it's Courtney Sixx. The wedding took place on March 14, 2015, at Greystone Mansion, Beverly Hills, California. Now it's been about 2 years that they have been married, and there are no signs of a divorce yet! Big achievement for Nikki Sixx!

Let's get to the bottom of Nikki Sixx and Courtney Sixx's love story, and see what's keeping them together! We are sure it's love, but let;s be sure, why not?

The singer and his model wife were in a relationship for three years before they got married. And after two years in their relationship, Nikki Sixx was the one who popped up the big question while the couple was on a vacation in St. Bart's.

Then, a year after the proposal, Nikki and Courtney got married in front of 130 guests. The bridal shower was organized by How2Girl star's longtime friend and stylist Helle Reum at Hotel Bel Air. The flower arrangement was done by herself.

Courtney Sixx had a fun guest list, some even presenting her fun Honeymoon gifts like candy necklace bikini top. For her wedding dress, she needed not go to any place else, as her aunt owns a bridal store, Janene’s Bridal Boutique, in Northern California. She used to always go there when she was a kid and troubled her aunt trying on new arrivals.

Courtney had her aunt custom-made gown for her wedding, after flipping all the pages of the magazines and finding her dream wedding gown. Courtney Sixx's wedding gown was inspired by the dress worn by Jennifer Lawrence at a red carpet event.

Also Read: How much is Jennifer Lawrence's net worth?Details about her Career and Awards His second marriage was to Donna D' Errico was in 1996 which took eleven long years to come to an end.  They were divorced in the year 2007. The couple shares two kids; Frankie-Jean Sixx and Rhyan D'Errico.However,  Rhyan D' Errico is from the Baywatch star's  previous relationship.

Now there is some news that D' Errico will have more money for her as Nikki's recent tour is to collect almost $10 million. And she will be getting 5% of his income along with $7800 per month.

Nikki Sixx sure is a family man. For more updates on Nikki and Courtney Sixx, keep coming back to Article Bio.