Mostly celebrities end up dating someone from the entertainment world, but Altered Carbon star Joel Kinnaman is not one of those as he has tattoo artist as a wife.

Kinnaman is married to Cleo Wattenstrom who is a tattoo artist. They married in 2016 and since then they are together. Has the actor dated anyone before settling down? Today let's explore personal life of the actor.

Joel Kinnaman and his wife Cleo Wattenstrom are together since 2014. Wattenstrom is a tattoo artist working in Southern California.

According to some gossipmongers, the 38-year-old Altered Carbon star and his tattoo artist wife started dating in 2014 and started living together soon after that. They were first caught together in August of 2014. 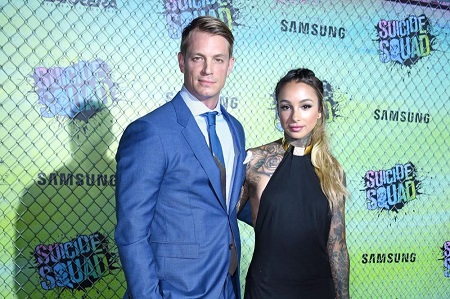 The couple secretly tied the knot in 2016. The actor revealed about their secret wedding in an interview in the show The Talk in April 2016.

Kinnaman mentioned Wattenstrom as his wife when the host, Aisha Tyler asked:

"Your girlfriend is actually a tattoo artist."

He corrected saying: “My wife.”

Kinnaman and Wattenstrom are enjoying the second year of their blissful married. Though they reside in California, the lovebirds frequently travel to several places.

Going through the couple's respective Instagram accounts, we can see they have traveled to different parts of the world including Dubai, South Africa, and Cuba.

Kinnaman and  Wattenstrom are inseparable. Most of the times, the pair appear together on various occasions and events. They recently appeared together at the premiere of his Netflix series, Altered Carbon. Kinnaman starred in the series alongside James Purefoy, Martha Higareda, and Chris Connor.

Prior to  Wattenstrom, Kinnaman was in a romantic relationship with actress Olivia Munn. Kinnaman and Munn first met in 2011 and became good friends before dating in 2012.

Kinnaman and Munn were together for two years but called it quits in 2014. Even after the breakup, they remained friends. 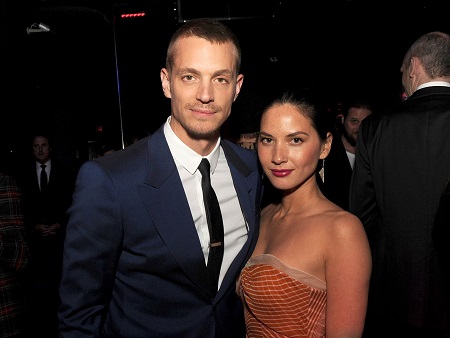 US Weekly revealed at the time:

"They've been able to stay really good friends even through the breakup. It's just made things much easier for both of them."

The source also claimed that distance might be the reason behind their breakup:

"A lot had to do with distance. He's back filming in Toronto and she's now in L.A. for good."

Kinnaman also dated Jane Timglas. They started dating in 2009 but separated in 2011.