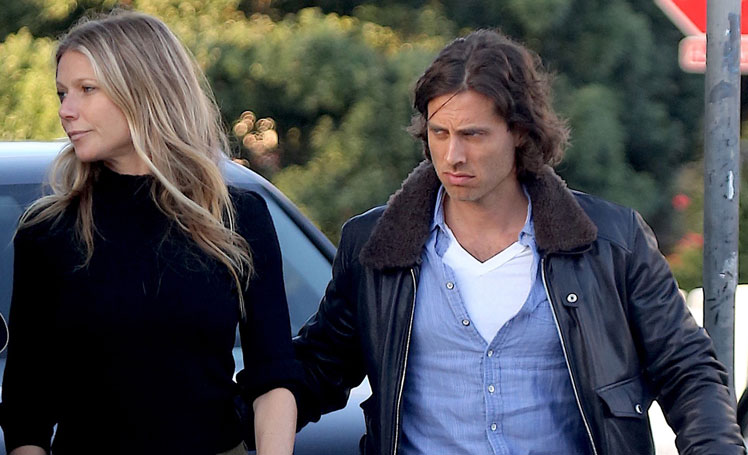 It's All Good actress Gwyneth Paltrow engaged to her boyfriend of four years Brad Falchuk in fall 2017. The pair confirmed their engagement rumors on the cover of Paltrow's Goop Magazine's Sex & Love issue.

The Oscar-winning actress gave the first glimpse of her engagement ring inside the magazine-Paltrow embracing fiance Falchuk, whom she calls ''man I was meant to be with.''

The black and white snap of the newly engaged couple features a huge center stone, appears to be darker in color and originally-cut in shape than traditional diamond solitaire. Though the snap is black and white, some publications have speculated the stone could be sapphire or a ruby due to its darker shade.

On January 9, Paltrow uploaded a picture of the magazine's cover on her Instagram with an engagement ring emoji on the caption.

The 45-year-old actress was previously married to Coldplay's Chris Martin with whom she shared an 11-year-long married relationship before separating in 2014. Paltro and her ex-husband Martin share two children, daughter Apple Blythe Alison Martin born in 2004, and a son Moses Bruce Anthony Martin born in 2006.